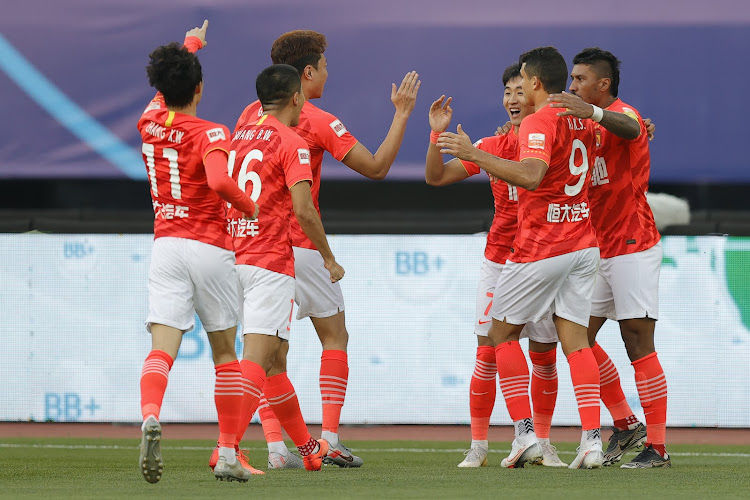 Guangzhou Evergrande began the defence of their Chinese Super League (CSL) title with a 2-0 victory against Shanghai Shenhua as the delayed 2020 campaign, revamped due to the Covid-19 pandemic, finally kicked off over the weekend.

Two goals from China international forward Wei Shihao gave the side coached by Italian World Cup-winner Fabio Cannavaro victory as they began their bid for a ninth crown in 10 seasons in perfect fashion behind closed doors on Saturday.

Instead of the home-and-away system, the 16 CSL teams are playing a round robin in two groups with the top four from each qualifying for an eight-team "championship" stage and the remaining eight going into a "relegation" phase.

Dalian Pro, coached by Spaniard Rafa Benitez, got off to a disappointing start with a 3-2 defeat by Shandong Luneng, while Jiangsu Suning pipped Henan Jianye 4-3.

In the Suzhou hub near Shanghai, Wuhan Zall - hailing from the city where the novel coronavirus first emerged last year - received a guard of honour before beating promoted Qingdao Huanghai 2-0.

An own goal by defender Yaki Yen and Liu Yun's strike in the second half sealed the win for Wuhan, who had travelled to Cadiz in Spain for a pre-season tour on January 29 and stayed there for several weeks as the virus spread rapidly.

A Yu Dabao own goal 10 minutes from time ensured a tight finish.

Hebei CFFC were held 2-2 by Shijiazhuang Ever Bright.