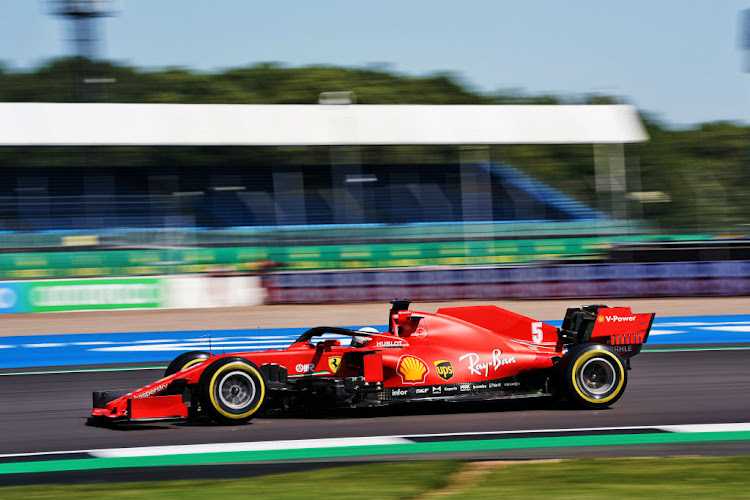 Ferrari's former winner Sebastian Vettel qualified only 10th for the British Grand Prix on Saturday, but the German was at least optimistic that his weekend could not get much worse.

The four times world champion with Red Bull, and two times winner at Silverstone including in 2018 with Ferrari, endured a frustrating Friday when he was sidelined by an intercooler problem and a change of pedals.

More problems surfaced in Saturday practice, and his final lap in qualifying was deleted because his car exceeded track limits.

"I had a lot of trouble finding the rhythm...I am relatively confident that tomorrow will be better," Vettel told Channel Four television.

"How much, I don't know. I can't promise anything, but it can't get much worse."

Vettel is leaving Ferrari at the end of the season, destination unknown, and he said it had not been an easy year so far.

"Obviously now the races come very quick. So that can be a pain but can also be a blessing," he told Sky F1.

"The first (race) weekend was trouble, the second weekend didn't really happen. The third weekend was sort of the first smooth weekend, and now we're in trouble again.

"So it's been a bit of a rough start, but you know, there's not much choice."

The German is 10th overall after three races with nine points, compared with Leclerc's 18. The pair collided on the opening lap of the second race in Austria, the Styrian Grand Prix, with both retiring.