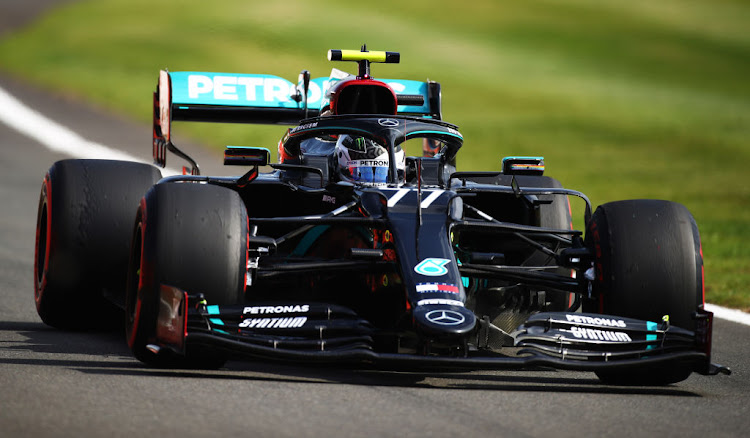 Valtteri Bottas was fastest in first practice for the 70th Anniversary Grand Prix at Silverstone on Friday with team mate Lewis Hamilton making it a Mercedes one-two on the timesheets.

The Finn, his contract extension for 2021 freshly signed, led the way on a scorching day with a best lap of one minute 26.166 seconds as drivers got to grips with Pirelli's softer tyres for the weekend.

Six-time world champion Hamilton, winner of the British Grand Prix from pole position at the same circuit last weekend and 30 points clear of Bottas after four races without spectators, was 0.138 seconds slower.

Red Bull's Max Verstappen was best of the rest, 0.727 off the pace, with experienced German stand-in Nico Hulkenberg an impressive fourth for Racing Point as replacement for absent Mexican Sergio Perez.

Perez could race in 70th Anniversary GP after quarantine

Perez missed last week's race after contracting Covid-19 and, despite the end of his official quarantine period, remains in isolation after a second positive test.

The title of Sunday's race commemorates the first world championship grand prix which was hosted by Silverstone in May, 1950.

Mercedes have a horseshoe symbol on their cars in honour of the late Stirling Moss, who raced with the emblem in the early years of his career. Moss competed at Silverstone in 1950 in a Formula Three race.