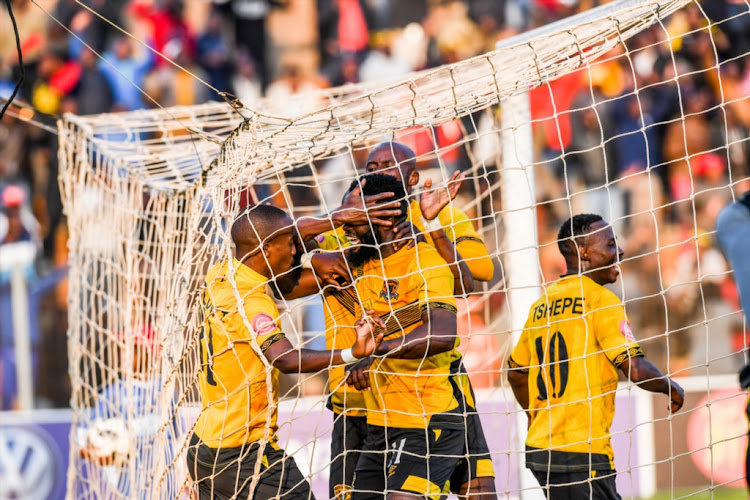 So shocking was the defending in the five-goal thriller between Black Leopards and Maritzburg United that the government could use the display to promote its social distancing presentations in the future.

Leopards may have won this league match 3-2 but few could ague against suggestions that the two sets of defenders spent most of the 90 minutes observing lockdown regulations to perfection in a performance that would have impressed Health Minister Dr Zwelini Mkhize.

But the three points will be priceless to the struggling Limpopo side as while they remain bottom of the standings‚ they are now level on points with Polokwane City (23 points) and a point behind fellow strugglers AmaZulu and Baroka. This result gives them a fighting chance and ensures a tension finish to the season in the bottom half of the standings.

Leopards were the first to get their name on the scoreboard when a grateful Mwape Musonda reacted the quickest and stuck the ball in the back of the net after Maritzburg goalkeeper Richard Ofori spilt it inside the area in the 19th minute.

It was a gift to the Limpopo side as Khuliso Mudau floated what appeared to be a innocuous-looking cross into the area and the appreciative Musonda punished Ofori's blunder.

Sensing blood in the back‚ Leopards once again mauled the Maritzburg rearguard when Musonda made a nuisance of himself and after his effort was blocked‚ Lifa Hlongwane picked up the pieces and punished the KwaZulu-Natal side 10 minutes later.

Cape Town City claimed a crucial 1-0 win over Chippa United during their uninspiring Premiership encounter at Orlando Stadium in Soweto on Friday ...
Sport
1 year ago

The Limpopo side appeared to be cruising to the halftime break after Hlongwane's strike with the cushion of a two-goal lead safelty in the bag.

But Maritzburg soon picked themselves up and pulled a goal back when Keagan Buchanan beat Leopards goalkeeper King Ndlovu with a sweetly struck free-kick in the 34th minute.

Coach Eric Tinkler's charges were not done and Mxolisi Kunene punished Leopards just before the halftime break with another goal that was marked by poor defending.

An unmarked Kunene had all the time in the world inside the area after a corner kick and picked up the ball‚ leisurely controlled it‚ and beat Ndlovu with venomous strike that rattled the upright as thundered into the back of the net.

The two teams went into the break locked at 2-2 but it was the Limpopo side that returned with more purpose in the opening minutes of the second period. Leopards were rewarded for their persistence and regained the lead after debutant Tiklas Thutlwa beat Ofori with a header in the nearpost after a well-taken corner from Nazeer Allie.

Caretaker coaches Morgan Shivambu and Mongezi Bobe will have been pleased with the performance as the confidence-boosting win could not have come at a better time for the premiership bottom side.