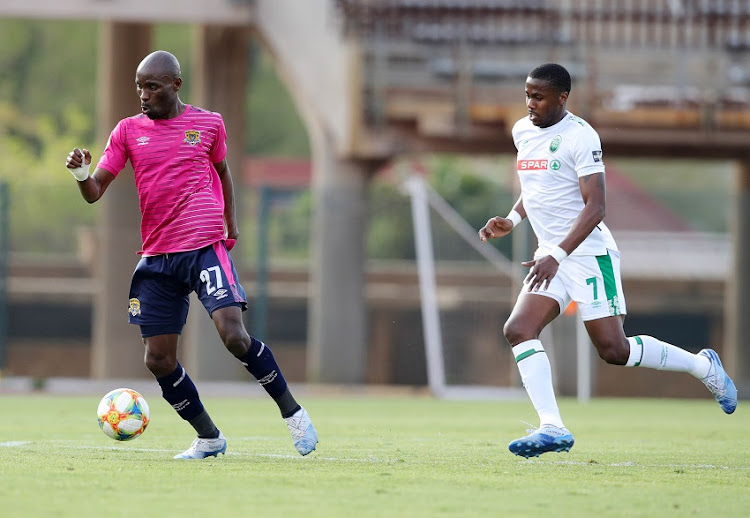 AmaZulu have significantly boosted their chances of avoiding relegation with a much-needed 1-0 Premiership victory over fellow strugglers Black Leopards at Lucas Moripe Stadium on Saturday.

With these crucial three points‚ Usuthu moved to thirteenth spot on the standings and they will be going all-out to avoid slip-ups in their remaining two matches against Stellenbosch FC and Highlands Park.

For Leopards‚ while they live to fight for another day‚ this defeat‚ their second in a row‚ leaves them in serious danger as they have dropped to third from the bottom with only two points separating them from Polokwane City at the basement.

Leopards may be pushed further down on the log on Sunday afternoon if Baroka FC get all the three points against title-chasing Mamelodi Sundowns at Dobsonville Stadium.

In their two remaining matches‚ Leopards are scheduled to play against Bidvest Wits‚ who have ambitions of a top three finish‚ and Sundowns who are involved in a two-horse race for the league title with Kaizer Chiefs.

The relegation roller-coaster will have several twists and turns until the final whistle of the season next month after AmaZulu could only manage an ...
Sport
1 year ago

Bonginkosi Ntuli opened the scoring for AmaZulu with his 13th goal of the season when he struck home from close range after he connected with a pass from Lehlohonolo Majoro after seven minutes.

As Usuthu celebrated the opener‚ Leopards’ defenders knew that they could have dealt with the situation better as Edwin Gyimah allowed Majoro enough space to deliver the cross and Isaac Masia was slow to close down Ntuli in the box.

AmaZulu missed out on a good opportunity to register the insurance goal after 19 minutes when Majoro failed to connect a cross from Siyethemba Sithebe.

Leopards could have gone to the break level but an acrobatic volley by midfielder Robert Ngambi from close range flew spectacularly over the crossbar on the stroke of half time.

The bottom of the table may change again on Sunday with last-placed Polokwane up against Bloemfontein Celtic at Tuks Stadium and second-from-bottom Baroka taking on Sundowns in Soweto.