Good time to push the reset button for distance running 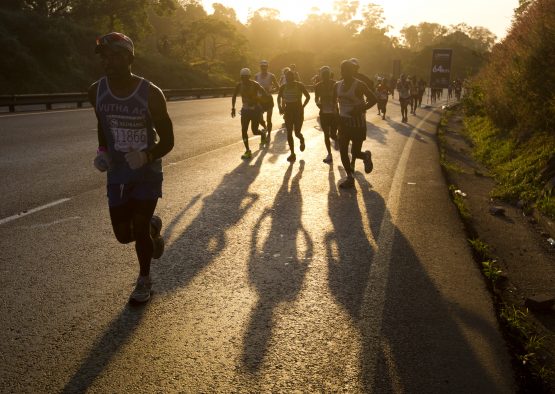 That it is not to say it should go back to the free-for-all style of activity. In fact, it would have done no harm even before Covid-19 to press the reset button and start afresh with the presentation of races and other competitions, as a few were looking rather tatty.

Former Comrades Marathon winner and running coach Nick Bester, who was severely injured in an attack at the weekend, has been moved from ICU at ...
News
1 year ago

The same would apply to regular group activity that at times looked more like mass antisocial outings sprawled across the roads, paths and other areas than genuine training in search of optimum performance.

Thinking back to when I started running, not knowing much about the sport, you ran a specific distance, most often 42,2km, and hoped for the best.

Fortunately, though, there were small groups of runners who achieved and learnt the art of running through both coaching and experience at the coalface.

Trevor Gee, Tony Viljoen, Kenny Wilkinson, Brian Tiltman and many other stalwarts who ran from Nahoon to Gonubie and back every Sunday taught us what distance running entailed.

London Marathon goes ‘virtual’ with times recorded on an app

More than 45,000 people have signed up to run the first “virtual” London Marathon in October after the actual race, already postponed from April, was ...
Sport
1 year ago

A formidable list of great runners in the western and northern regions of the city, King William’s Town, Stutterheim and Komani [Queenstown] were also trailblazers.

In every instance they did not embark on “picnic” runs, but would run water stop to water stop, be it a farm stall or garage. It was mostly clean and healthy, with little time lost.

This weekend the first races in Australia will go live. Two athletes I coach in the Brisbane area, will be running in the Gold Coast Running Festival, which caters for six distances — 42,2km, 21,1km, 10km, 5km, 2,5km and a 1km dash.

The longer runs are done in laps of four over the marathon and two for the half-marathon. While there are strict social distancing guidelines in place, there will be some lapping involved despite staggered starts.

Water stations are at 2,5km intervals but are self-help with cup disposal strictly in provided containers.

The list of regulations is specific and it will be a great test for racing going forward.

Meanwhile, parkruns in the same region may start opening up territory by territory after it was originally hoped that each country could open up as one.

In Australia the Victorian government reinstituted a lockdown, while Queensland is ready to go.

There is talk in the parkrun world that the Northern Territories, being more remote, may take the lead.

It seems only fair that one region should not be held back by another.