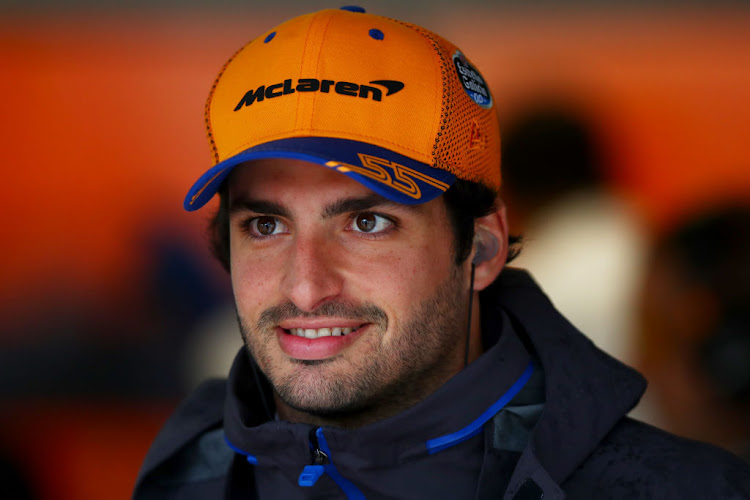 Future Ferrari driver Carlos Sainz stood for the first time on what will soon be a home podium at Monza on Sunday and could only imagine how it might feel in red overalls and with a cheering crowd.

The Spaniard might have to wait quite a while to get back there, however.

Sainz finished a career best second for McLaren in the Italian Grand Prix, a race without spectators due to the Covid-19 pandemic and won by Frenchman Pierre Gasly for Italy-based AlphaTauri.

The celebrations were for the benefit of television instead of the usual red wave of fans flooding the straight beneath the overhanging podium.

"If there would have been tifosi (fans) there, they would have been pretty happy and proud and that makes me excited about the future," said Sainz, who was "a bit gutted" at the lack of fans.

Spanish driver Carlos Sainz said on Thursday he had no qualms about moving from McLaren to Ferrari next year, despite the Italian team's struggles ...
Sport
1 year ago

"It makes me excited and makes me look forward to the future and hopefully it’s my first podium in Monza, not my last and hopefully many will come with Ferrari.

"I’m ready for it, I cannot wait for it to happen and I just cannot imagine what it would have been with 100,000 people.

"We get to finish on the podium in the coolest race of the season and no one is there to see us."

While the race was McLaren's best since 2014, it was Ferrari's worst at Monza in decades with a double retirement sending them down to sixth overall in the constructors' championship.

They have another home race next Sunday at their own Mugello circuit, this time with some fans allowed.

"It’s a very hard season but it’s by facing up to difficulties like these that you get stronger," said Ferrari boss Mattia Binotto.

"We must look ahead and there are useful lessons for all of us to take away from this to build for the future."