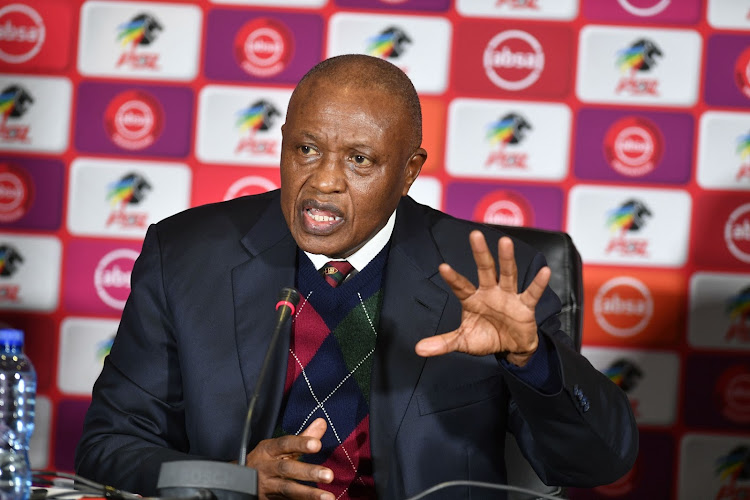 Premier Soccer League (PSL) chairman Irvin Khoza is set to announce DStv as the new sponsor of the Premiership on Thursday evening.

Khoza is scheduled for a 6pm press conference‚ televised on prime-time TV on two of DStv’s SuperSport channels.

A source close to MultiChoice‚ the company that operates the DStv satellite television service‚ indicated the sponsorship announcement will be made by Khoza on Thursday evening.

DStv would replace Absa‚ the banking company which announced in June it would end its 13-year (from 2007 to 2020) sponsorship of the PSL’s Premier Division at the conclusion of the past 2019-20 season.

It is not clear at this stage whether this new sponsorship will affect MultiChoice's ownership of the highly successful Premiership club SuperSport United (SUFC).

SUFC on Wednesday evening put out a press statement denouncing “rumours” that have circulated that the club is for sale.

“SuperSport United has been made aware of the rumours and speculation regarding the potential sale of the club‚” the SUFC statement read.

“These are untrue. SuperSport United can categorically state that there have been no such approaches and‚ more importantly‚ the club is not up for sale.”

Two sales of Premiership franchises were concluded in the latter part of the 2019-20 season — that of Bidvest Wits to the owners of First Division Tshakhuma Tsha Madzivhandila FC and Highlands Park to another NFD outfit‚ TS Galaxy.

SUFC CEO Stan Matthews and chairman Khulu Sibiya could not be reached for comment on Thursday on whether a MultiChoice and DStv sponsorship of the PSL will affect their club in any manner.

SuperSport senior communications manager Clinton Van der Berg referred TimesLIVE to the SUFC statement. Pressed on whether a MultiChoice sponsorship deal will affect the ownership structure of the football club‚ he did not respond.

Absa’s most recent deal with the PSL was reportedly worth R140m a year.

DStv’s sponsorship of the PSL will make MultiChoice’s stake in SA football even more significant‚ as‚ apart from owning SUFC‚ the SuperSport cable sports channels are already the official broadcaster of the Premiership‚ providing hugely lucrative rights deals for the league since 2007.

The televised MultiChoice Diski Challenge is also the reserve league of the Premier Division.