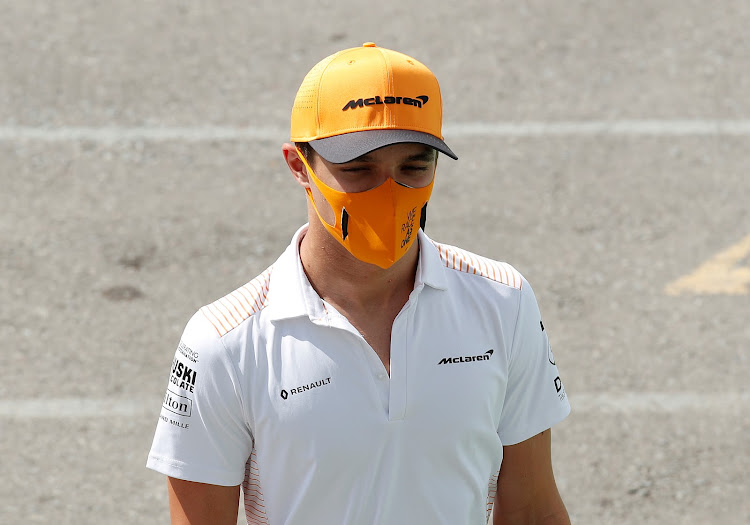 McLaren's Lando Norris publicly apologised on Tuesday, but without naming anyone, after the Briton played down compatriot Lewis Hamilton's record 92nd Formula One (F1)  win at Sunday's Portuguese Grand Prix.

The 20-year-old, the youngest driver on the grid, had also been strongly critical of Racing Point's Canadian Lance Stroll after the pair collided during the race.

Norris finished 13th while stewards punished Stroll for the incident.

"I’ve been stupid and careless with some things I’ve said lately in media and interviews, and haven’t shown the respect I should have to certain people.

"I’m not that kind of person, so know I should apologise to them but also everyone reading/listening. Sorry."

Spanish driver Carlos Sainz said on Thursday he had no qualms about moving from McLaren to Ferrari next year, despite the Italian team's struggles ...
Sport
1 year ago

Norris was asked after the race in television interviews what he made of Hamilton becoming the most successful F1 driver in terms of wins, overtaking Ferrari great Michael Schumacher in the record books.

"I’m just happy for him, nothing more," the Briton had replied.

"It doesn’t mean anything to me, really. He’s in a car which should win every race, basically.

"He has to beat one or two other drivers, that’s it. Fair play to him, he’s still doing the job he has to do."

Hamilton has won eight of 12 races this season and is heading for a record-equalling seventh title, which would confirm him as the most successful driver in the history of the sport.

The Briton has averaged 10 wins a season in the V6 turbo hybrid era that started in 2014.

Mercedes have won the last six constructors' championships and are set to clinch a seventh in Italy next weekend.

Norris, who made his Formula One debut last year, has made 33 starts so far with one podium finish.