Chiefs coach Hunt on rotating goalkeepers Khune and Akpeyi: 'I don’t think so' 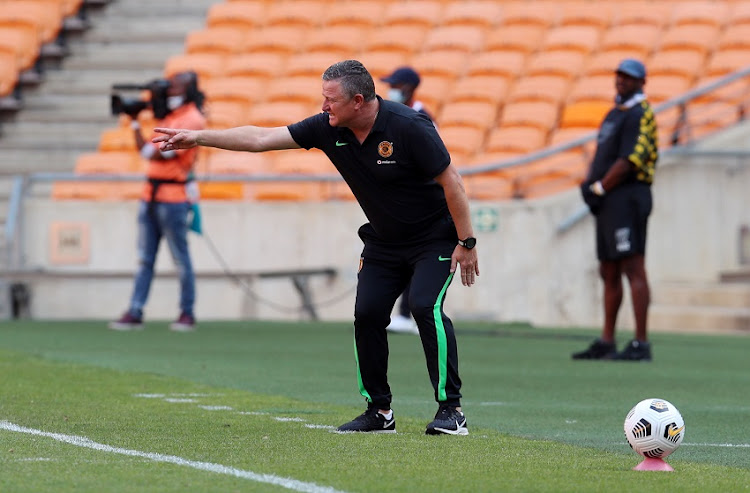 Hunt suggested his task will be to nurse Khune back to his best condition to compete with Akpeyi for Amakhosi’s No.1 jersey‚ after the Nigerian made a return to Chiefs’ starting line-up in their 1-0 DStv Premiership win against Chippa United at Nelson Mandela Bay Stadium on Tuesday night.

Akpeyi was largely a passenger in a match of one-way traffic to an at times rampant Chiefs fringe combination‚ who were denied a far bigger scoreline by hitting the post three times and the goalkeeping of Chippa’s Veli Mothwa.

Nigeria No.1 Akpeyi‚ though‚ dealt with the few situations to come his way calmly.

Hunt said Akpeyi had not played yet in 2020-21 as he was waiting for his work permit to be cleared.

Chiefs' 3-0 defeat to Sundowns haunts Hunt: 'you can’t be conceding goals like that'

There is a certain element that you need in a successful football team that is missing from Kaizer Chiefs at the start of the 2020-21 season‚ coach ...
Sport
1 year ago

Asked if he would be rotating the two international glove-men‚ Chiefs’ coach said: “I don’t think so.

“The problem is we haven’t had a proper preseason. ‘Itu’ [Khune] came back from a major injury‚ and didn’t play much‚ then played right at the end [of last season].

“And then we’ve had three-and-a-half weeks trying to get everybody settled in. And Daniel had a problem with his work permit‚ and it came through yesterday.

Akpeyi was in form and largely kept ex-Bafana  stalwart Khune – also battling various injuries – on the bench last season‚ the Nigerian playing a role in Chiefs leading the Premiership until they were pipped to the title on the final day by Mamelodi Sundowns.

Khune played a shaky game in Chiefs’ 3-0 defeat in their Premiership opener to Sundowns at FNB Stadium on Saturday.