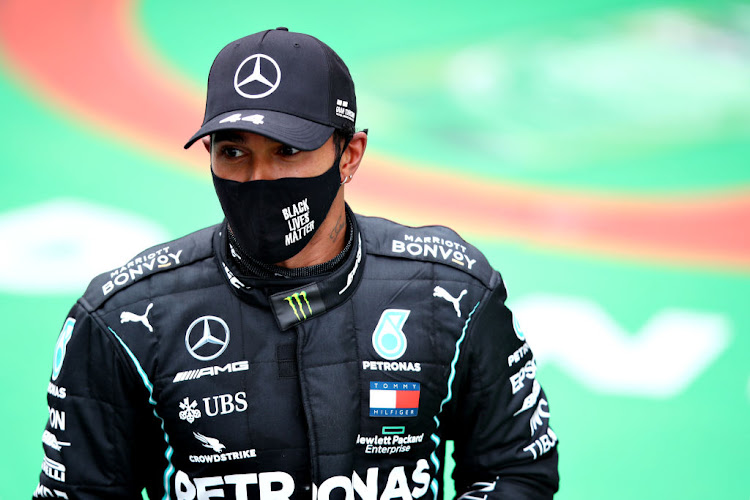 Lewis Hamilton of Great Britain and Mercedes said owning an Extreme E team 'gives me an opportunity to merge my love for motor racing together with my love for the planet'.
Image: GETTY IMAGES/ MARK THOMPSON

Six times Formula One world champion Lewis Hamilton looked forward on Tuesday to driving change and accelerating a push for diversity and sustainability as a team owner when the Extreme E electric off-road series starts in March.

The Briton will be up against some familiar faces, with former Mercedes F1 team mate and rival Nico Rosberg entering his own outfit while McLaren boss Zak Brown is involved in another.

“I’ve always wanted to have my own team, I just never knew when it would be,” Hamilton, who took a record 92nd Formula One win at Sunday's Portuguese Grand Prix and is set for a seventh title, told a series presentation.

Extreme E aims to highlight climate change and promote sustainability with races in some of the world's most remote and harsh environments that are already suffering from global warming and pollution.

The five races will be held in the Saudi Arabian deserts, Senegal, Greenland, Brazilian rain forest and Argentine glaciers of Tierra del Fuego, the latter replacing a planned round in the Nepalese Himalayas.

“It gives an opportunity for me to able to merge my love for motor racing together with my love for the planet,” said Hamilton.

“It’s going to keep people talking about the climate issue and inspiring us to take action, to have a championship series that will address traditional ways of racing, and the negative impact motorsports does have on the planet, and offer an alternative.”

Six-time world champion Lewis Hamilton became the most successful Formula One driver of all time in terms of race wins on Sunday with his 92nd career ...
Sport
1 year ago

Each team will have a male and female driver and Hamilton said his would also aim to provide opportunities for those from more diverse backgrounds.

Series founder Alejandro Agag said having Hamilton and 2016 world champion Rosberg as rival team owners was a boost for Extreme E's profile and he expected both to attend races.

“This puts the competition on a different level,” he told Reuters.

“Having Lewis and Nico makes our job of raising awareness about the problems of climate change and pollution much easier.”