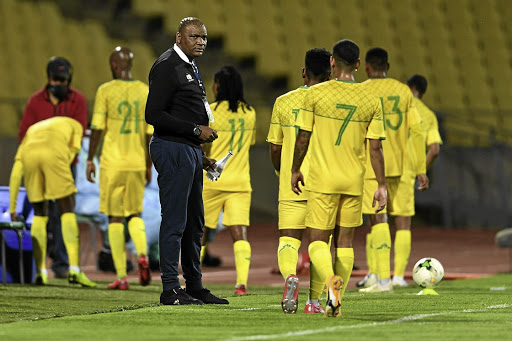 Bafana Bafana will no doubt be under pressure when coach Molefi Ntseki’s squad face São Tomé and Príncipe in crucial back-to-back Africa Cup of Nations qualifiers next month.

The South Africans will be under huge pressure to collect the six points and Ntseki sprang a few surprises in his relatively strong and experienced squad.

The team was met with varying public opinion largely due to the return of goalkeeper Itumeleng Khune and Bongani Zungu.

The SA Football Association (Safa) have defended and clarified their unusual decision of announcing the Bafana Bafana squad at 10pm on Monday night ...
Sport
7 months ago

This is an analysis of the strengths and weaknesses of the squad going into battle in all departments.

Ntseki went with experience by picking Darren Keet of Oud-Haverlee Leuven in Belgium and the current PSL’s goalkeeper of the season in Ronwen William of Supersport United. But it is the inclusion of Kaizer Chiefs’ Itumeleng Khune that has set tongues wagging because he has seen little action recently.

There were no major surprises in the defence which will be marshalled by captain Thulani Hlatshwayo of Orlando Pirates and Motjeka Madisha of Sundowns. It remains to be seen if Thibang Phete of Belenenses SAD in Portugal and Rushine de Reuck of Maritzburg United will make their debuts. Ntseki also rewarded Lyle Lakay of Mamelodi Sundowns, Abbubaker Mobara of Cape Town City and Reeve Frosler of Kaizer Chiefs for their consistent performances.

Here Ntseki also erred on the side of caution by going with tried and tested players in the form of Themba Zwane, Andile Jali, Thulani Serero, Lebogang Manyama, Keagan Dolly and Kamohelo Mokotjo. The biggest midfield surprise was the inclusion of Dean Furman of Carlisle United who plays in the fourth tier of English football. He has also recalled Bongani Zungu of Rangers in Scotland who has made only one appearance since the former SA U17 coach took over the reins from Stuart Baxter.

The attacking department is a little bit thin with Kermit Erasmus of Mamelodi Sundowns and Bradley Grobler of Supersport United expected to lead the attack. Thabiso Kutumela of Maritzburg United is expected to play in the supporting role.