Argentina itching to join Tri-Nations fray against All Blacks 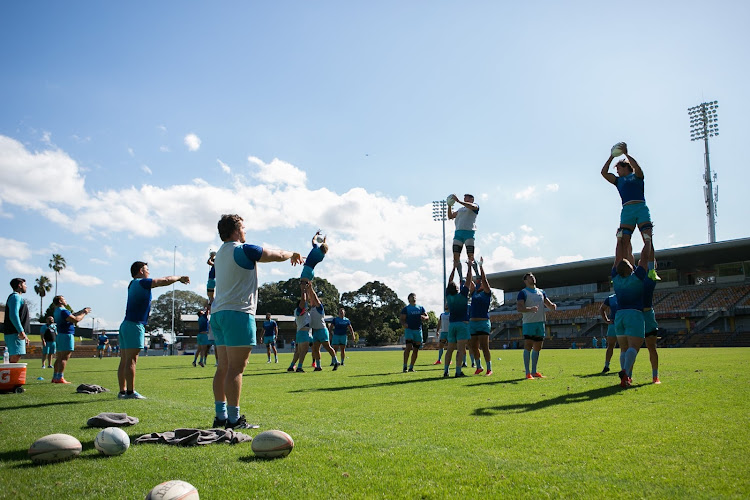 Argentina players training in Sydney ahead of their clash against New Zealand.
Image: Argentina Rugby/Twitter

Having been spectators as Australia and New Zealand traded blows in the opening weeks of the Tri-Nations, Argentina are relishing the prospect of joining the fray on Saturday when they face the All Blacks in Sydney.

The Pumas have not played a test since the Rugby World Cup in Japan over a year ago, with the Covid-19 pandemic having played havoc with scheduling.

The All Blacks, meanwhile, are battle-hardened after playing four tests against the Wallabies in five weeks, and are desperate to rebound after a 24-22 loss to the hosts in Brisbane over the weekend.

The All Blacks present one of the most daunting challenges in world rugby but the Pumas believe they are ready for the challenge, and motivated to perform for fans in Argentina where the pandemic has hit hard.

"The key to this week is to give up everything for this jersey," number eight Rodrigo Bruni said at training.

"The thing I highlight most about this group is that they never give up.

"A few months ago we were training and didn't know whether we were going to play."

All Blacks coach Ian Foster has urged his team to play "smarter", claiming they were "provoked" into losing their discipline by a niggly Wallabies ...
Sport
10 months ago

More than a dozen Pumas players and staff, including head coach Mario Ledesma, tested positive for the coronavirus at a training camp in Argentina before arriving in Australia.

World champions South Africa did not report any positives but pulled out of the tournament anyway, saying their players' safety would be under threat due to a lack of match practice.

With Argentine rugby under financial stress due to the pandemic, the Pumas shrugged off the safety concerns and flew to Sydney to train while undertaking a mandatory two-week quarantine period.

Freed from quarantine last month, the Pumas have won both their competitive warm-ups against selections of Australian players, including a 57-24 win last Saturday against a side featuring a number of fringe Wallabies.

Former Australia coach Michael Cheika has been on hand to help the Pumas prepare, reuniting with his former scrum coach Ledesma, who helped the Wallabies reach the 2015 World Cup final.

Cheika, since replaced as Australia boss by New Zealander Dave Rennie, guided Australia to their record 47-26 win over the All Blacks in Perth last year.

Cheika has been impressed with the spirit around the Argentina camp and their work ethic in the face of adversity.

"They are hungry to get a feeling of the jersey and to play at the next level," said the 53-year-old.

"(They are) also very mindful because there are a lot of people in Argentina who don't have this chance so they want to be well prepared."