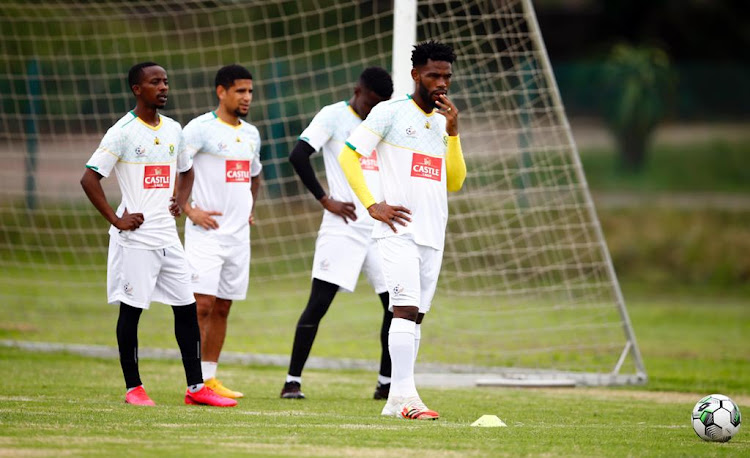 Bafana Bafana need two wins from their back-to-back matches at home to Sao Tome and Principe‚ and they have the ingredients to achieve that says Montpellier winger Keagan Dolly.

Sao Tome's forfeited their home venue for one for the 2022 Africa Cup of Nations qualifiers.

This means Bafana have the advantage of playing both matches - on Friday at Moses Mabhida Stadium in Durban (kick off is at 9pm)‚ and Monday at Nelson Mandela Bay Stadium in Port Elizabeth (3pm) - in South Africa.

An added factor that should benefit 72nd-ranked South Africa against 182nd-placed Sao Tome is that Bafana have players getting game time at their European clubs – which is not always the case – or on form in the start of the 2020-21 Premier Soccer League season.

All of which leaves Bafana as the most likely toughest opponent to themselves‚ as they have been in these sorts of matches – in recent qualifying campaigns Cape Verde and the Seychelles have earned shock results that have proved costly or made life difficult for the South Africans.

Dolly is happy to have been reunited with Bafana in last month's 1-1 friendly draw against Namibia and 1-0 loss against Zambia‚ and he has his sights set on qualification after a long injury layoff cost him his place at the 2019 Nations Cup in Egypt.

"We really want to win both games‚ especially because we are playing here at home. For the new players it's been a bit tough‚ because we lost a few players and had to call in some new players‚" the former Mamelodi Sundowns side midfielder or forward said.

"But it's part of football‚ and we just need to focus on what we're good at‚ and what we know the coach wants from us. And we first focus on Friday's game‚ and then we'll look at Monday's game."

Dolly‚ after just six league appearances in 2019-20‚ has played that many already in 2020-21. He‚ new Rangers signing Bongani Zungu and Anderlecht's in-form Percy Tau give Ntseki a core of players earning game time in Europe. Orlando Pirates' Vincent Pule and SuperSport United's Bradley Grobler among players are in form in the PSL.

"And I think that with the squad we have it's a good balance of young players and experienced players. And I think we can work well together."

These two matches were initially scheduled for March‚ but postponed due to the Covid-19 pandemic. Sao Tome agreed to play both games in SA to limit travel in the interests of safety of players.

Bafana (three points from a win and a defeat) are in second place in Group C to Ghana (six points)‚ with Sudan on three points and Sao Tome zero. The 2022 Nations Cup - originally scheduled for 2021 - takes place in Cameroon in January and February 2022.