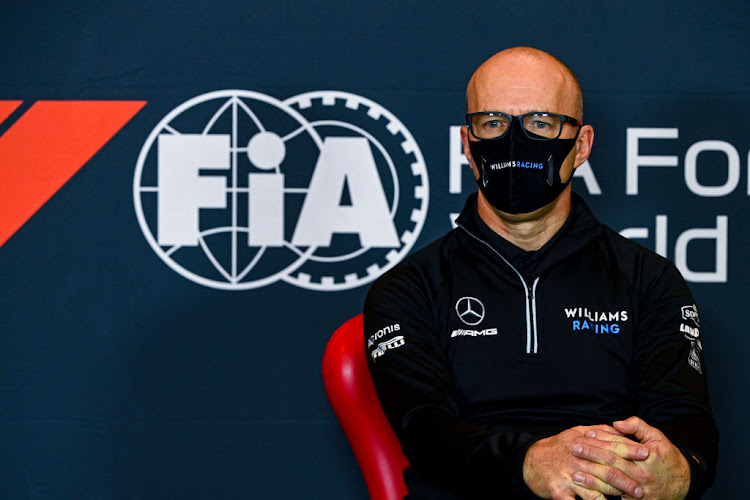 Williams, last in the championship with four races remaining, said Roberts had not travelled to Istanbul or been in close contact with any other members of the race team.

He had been negative on Monday but tested again after showing minor symptoms.

Williams confirmed on Friday that Britain's George Russell and Canadian Nicholas Latifi will continue to race for them next year, ending speculation ...
Sport
11 months ago

“Simon is feeling otherwise well but will now isolate for the required 10-day period as per UK national guidelines while supporting trackside operations remotely this weekend,” the team said.

“Dave Redding, team manager, and chief engineer of vehicle design Adam Carter will assume his responsibilities on the ground in Turkey.”

Roberts has been acting principal since September after the British team were sold to US-based Dorilton Capital and the founding family departed.

Williams said last week that they had registered a number of positive Covid-19 cases during the two previous races in Portugal and Italy.

They said then that several members of the trackside team were isolating after being identified as close contacts of those who tested positive.

An unidentified number of factory-based team members were drafted in to fill the roles in Turkey of those undergoing quarantine.

Williams refused to rule out a move for Sergio Perez on Friday as speculation mounted that the Mexican could replace George Russell at the tail-end ...
Sport
11 months ago

Racing Point — with both of their drivers Sergio Perez and Lance Stroll as well as team owner Lawrence Stroll — and Mercedes are other teams to have had positive tests this season.

A McLaren employee tested positive at the Australian Grand Prix which was then cancelled in March.

Formula One personnel cannot access the paddock without a negative result and are tested every five days. Teams also do their own tests.