TTM owner Mulaudzi insists the club is not for sale: 'I mean we have just bought this thing now' 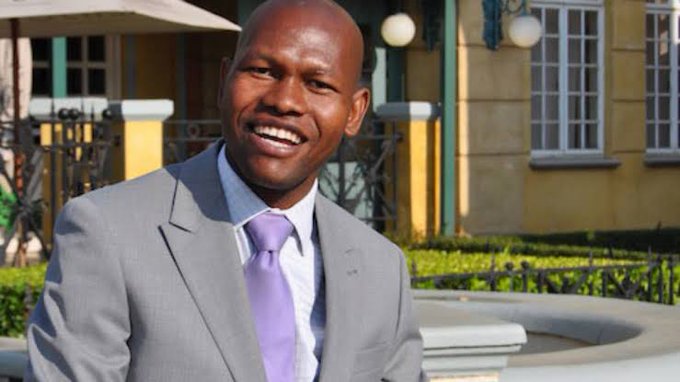 Tshakhuma Tsha Madzivhandila FC (TTM) owner Lawrence Mulaudzi says reports on the sale of his club just five months since the purchase of the Premier Division franchise of Bidvest Wits have been completely misconstrued.

Reports apparently emerged in Limpopo media that TTM might be for sale already‚ which would be a bombshell development given Mulaudzi’s purchase of 99-year-old Wits went through at the conclusion of the past season‚ in September. Wits confirmed the sale to TTM in June.

Mulaudzi said the reports of the sale had emerged because a previous potential buyer who had failed to purchase the club’s GladAfrica Championship status‚ which was sold to Sekhukhune United‚ had approached TTM recently to purchase shares in the top-flight franchise. TTM’s chairman said this approach had been misrepresented as an approach to buy his club.

Striker Justin Shonga has penned a heartfelt farewell letter to Orlando Pirates’ management after he was released by the club following a frustrating ...
Sport
9 months ago

Mulaudzi said he could only identity the man‚ who is a doctor‚ as “Dr Ntoso”.

“The story indeed is a far-fetched story. Obviously I think there is a group that is busy championing their own agenda‚” TTM’s chairman told TimesLIVE on Thursday.

“The doctor in question approached us when we were selling the GladAfrica team‚ as one of the bidders. He couldn’t come up with the funds by that time.

“And we couldn’t wait because we had pressure to buy the PSL status. We then sold our team to Sekhukhune.

“Then‚ after a month or so I think he got his ducks in a row and raised some funding. He came back to us to say he had missed the boat to buy the GladAfrica team‚ could we accommodate him in our structure where he could buy some shares as a shareholder.

“He put that offer in writing. Then‚ because I had asked our CEO‚ Sello Chokoe‚ to look for sponsors‚ we couldn’t just turn that offer down. Chokoe sent it to me‚ I looked at it and said‚ ‘No‚ we are not looking for a shareholder‚ we are looking for a sponsor’.

“But I don’t know where he [the potential share buyer] then took that offer to‚ where the people then wrote a story. He even sent them that offer‚ which he had put to us.

“It’s not like it was even a meaningful offer – it was about R15-million‚ plus or minus.

“But we said‚ ‘Look‚ we are not selling the club. We are looking for a sponsor like any other team in the PSL’.

“But I think he got too excited‚ I don’t know how‚ or he shared his document with the media‚ and it just went viral.

“ … I mean we have just bought this thing now. ... And it’s working far better for me now. I can see the players coming out of this club. TTM now is no longer that small thing. It’s a big brand now. I’m where I want to be.”

Mulaudzi said the story has destabilised a team “struggling to find our feet” in the Premier Division.

TTM have had teething problems with player contracts‚ which Mulaudzi said was partly due to a logistical nightmare of moving a relatively big club in Wits‚ in its new incarnation‚ to Limpopo‚ and the reluctance of “95 percent” of that squad to move.

He said the club‚ who played their first MTN8 game of the 2020-21 season against SuperSport United with 14 players in their match-day squad‚ have stabilised now.

“No‚ no‚ the team is stabilised‚” Mulaudzi said.

TTM‚ coached by Joel Masutha‚ are yet to win in the top-flight‚ losing two and drawing two league and cup matches.