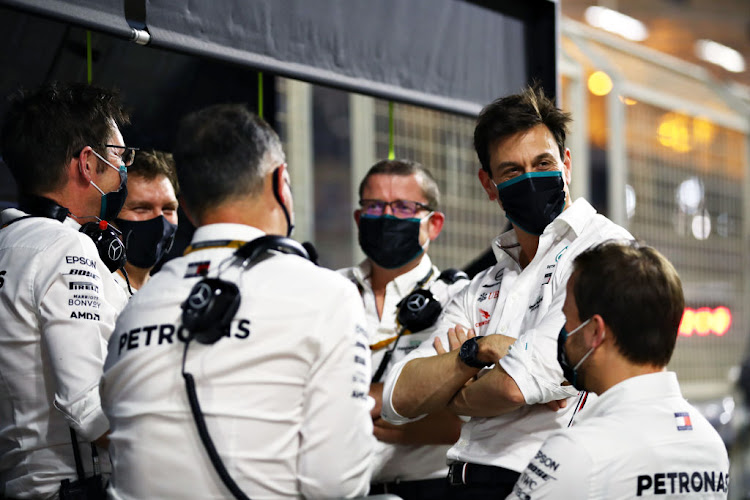 Lewis Hamilton’s contract talks with Mercedes will have to wait until the seven-time world champion recovers from Covid-19, his team boss Toto Wolff said on Friday.

The Briton, who is sitting out this weekend’s Sakhir Grand Prix after testing positive for the new coronavirus earlier this week, has already wrapped up a seventh world title but is out of contract at the end of the year.

But the winner of last Sunday’s Bahrain Grand Prix is currently in a 10-day isolation period in Bahrain.

“Well, the timeline is being pushed back until he recovers,” Wolff told reporters on Friday at the Sakhir Grand Prix, the second of the Middle Eastern races and the penultimate round of the season.

“We know that we need to get it done, pretty well aware both of us. But the priority now is of him getting back on his feet and being back (Covid-19) negative and then we will meet or Zoom in order to put pen to paper.”

It is unclear whether Hamilton, who Wolff said had mild symptoms, will race in next week’s Abu Dhabi season finale.

The Briton, who earns an estimated 40 million pounds ($53.90m) a year, became the most successful driver in Formula One history this season, surpassing Michael Schumacher’s record for most wins and equalling the German great’s title haul.

Mercedes have won the last seven constructors’ and drivers’ titles and, with the cars and rules staying substantially the same, are favourites to dominate again next year.

Hamilton has been replaced by Mercedes-backed Williams driver George Russell for the Sakhir race.

The 22-year-old Briton displayed an impressive turn of speed on his first day as his compatriot’s stand-in by going fastest in both of Friday’s practice sessions.

George Russell has yet to score a point in nearly two seasons in Formula One but the Briton will step into a winning car in Bahrain this weekend as ...
Sport
1 year ago

Wolff said Russell’s performance would not be used as leverage in contract talks with Hamilton.

Both sides have repeatedly said there was no rush to get the deal done.

“We know what we have with Lewis and he knows what he has with the team,” added Wolff.

“Such a situation would never be utilised as some kind of bargaining power, neither by him nor by us.

“I respect very much who he is, how he drives, his records, and whatever happens this weekend or next has no influence on our talks.”