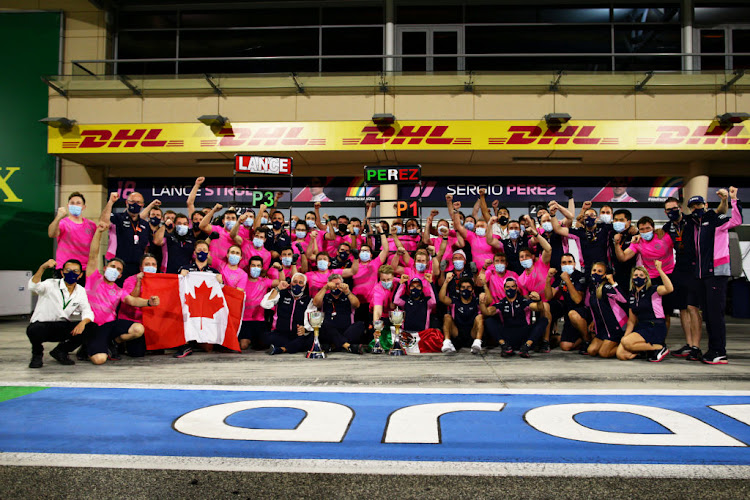 After six seasons at Maranello, the German is taking Perez's place at a Racing Point team that will be renamed Aston Martin next year.

There have been ups and downs and we have been close to winning the title twice but it was not to be. I am happy that we have won 14 races together but for sure we wanted more

“Together we have learnt so much,” said Vettel of his time in red. “There have been ups and downs and we have been close to winning the title twice but it was not to be. I am happy that we have won 14 races together but for sure we wanted more.”

Perez, a popular first-time winner in his 190th start in Bahrain last weekend, could be making his last appearance on the starting grid until 2022.

His only hope of returning next year is a Red Bull seat, with the former champions considering whether to retain Thailand’s Alexander Albon alongside Max Verstappen.

“I already have some good options for ’22 so my best option is obviously to keep going on next year but if I have to stop, then it’s not a disaster,” he said.

There will be others saying “thank you and goodbye” too, with Australian Daniel Ricciardo bowing out of Renault before a move to McLaren — whose Spanish driver Carlos Sainz is taking Vettel's place at Ferrari.

Denmark's Kevin Magnussen heads for the exit after being replaced at Haas, whose other departing driver Romain Grosjean has already gone home after his miracle escape from a fiery crash in Bahrain.

Russian Daniil Kvyat could also be set for a final outing, with Japanese Yuki Tsunoda tipped to replace him at Honda-powered AlphaTauri next season.

Formula One world champion Lewis Hamilton said he hopes to return for the season-ending Abu Dhabi Grand Prix after one of the hardest weeks of his ...
Sport
1 year ago

With both titles won by Mercedes, there is nothing at stake but the big question is whether seven-time world champion Lewis Hamilton will be able to race after contracting Covid-19.

Fellow Briton George Russell, his standout replacement last weekend in a race he might have won but for a tyre mix-up and late puncture, is waiting for the nod from Mercedes.

“Lewis's condition is improving, but we won't know until closer to the time if he will be driving,” said team boss Toto Wolff.

“We'll do everything we can to get him in the car and we know he's determined to be back as soon as possible. But his health is our main priority, so we will see what the situation is and then make the call.”

Mercedes will still be favourites for a 14th win from 17 races.

Hamilton hopes to race in Abu Dhabi on Sunday.
Sport
1 year ago

Ferrari, in contrast, will be happy to see the back of 2020.

Without a win all season, they are certain to end up sixth — their lowest position since 1980 when they were 10th.

“Abu Dhabi is a track that has never really suited our cars well so I am expecting it to be an interesting challenge,” said Vettel.