Red Bull achieves the first non-Mercedes pole of the season 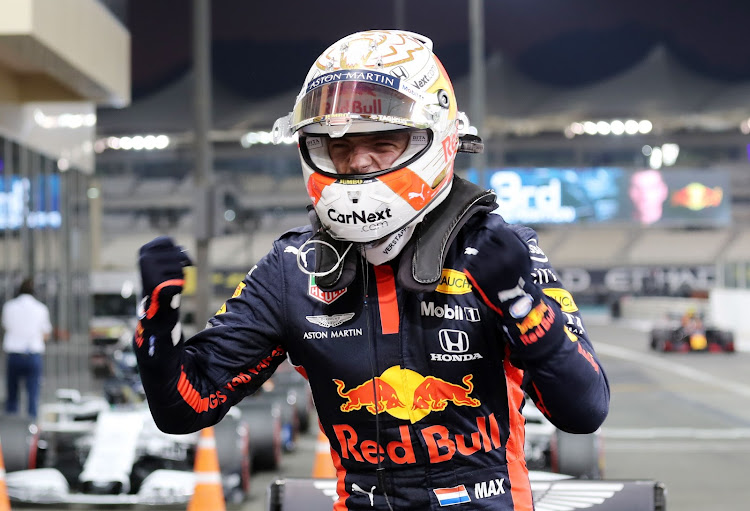 Max Verstappen left it until the last lap of the final Formula One qualifying session of the season to break the Mercedes stranglehold on pole position and put his Red Bull in the number one slot for Sunday's Abu Dhabi Grand Prix.

“He’s threaded it together there, an amazing lap at the end,” Red Bull boss Christian Horner told Sky Sports F1.

“I’m just looking at the split times and he’s not the fastest. He's just made it happen himself.”

But with Mercedes, who have been on pole in Abu Dhabi every year since 2014, believed to be running their cars on a heavier fuel load, normal service was expected to resume for qualifying.

In the end Verstappen’s time of one minute, 35.246 seconds proved enough to give Red Bull their first Yas Marina pole since Mark Webber’s effort in 2013.

“Well Mercedes have been so dominant,” said Horner of his team’s rivals who have started 15 of this season’s 17 races from pole.

“We get to the business end and they really have that pace in that car which has been phenomenal this year.

“It’s been a long season in terms of Saturday afternoons. But to finish the season with a pole ... we’ve just got to convert it now.”

Four-time world champion Sebastian Vettel will be saying farewell to Ferrari in Abu Dhabi on Sunday while Mexican Sergio Perez faces an uncertain ...
Sport
11 months ago

Verstappen, who now has three career poles, said Sunday’s race would be a bit of a step into the unknown.

“They’re still very fast,” he said of Mercedes. “But it seems like we have quite decent top speed this weekend so hopefully that will work out for tomorrow.”

Lando Norris was fourth for McLaren, winning the team mate qualifying battle at McLaren against Ferrari-bound Spaniard Carlos Sainz who was sixth.

Charles Leclerc was ninth for Ferrari but the Monegasque will drop three places on the grid due to a penalty for causing a collision at the last race in Sakhir.

Sebastian Vettel was knocked out in the second phase of his final qualifying session for Ferrari. The German, moving to Racing Point which is rebranding to Aston Martin next year, was 13th.

Sergio Perez, making way for Vettel at the Silverstone-based team, will start at the back of the grid. The Mexican, who became F1's newest winner last weekend in Sakhir, is carrying engine-related penalties and did only a warm-up lap in the second phase of qualifying.