Motsoeneng calls for calm as team adjusts to new surroundings 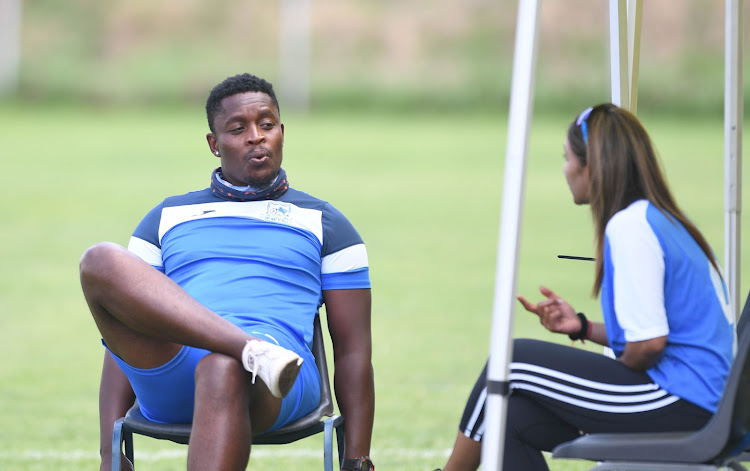 Bizana Pondo Chiefs head coach Tshepo Motsoeneng said his team would not rush anything as they learn more about their new environment in the GladAfrica Championship.

Motsoeneng said it would take time for his team to adjust to the new division.

The newly-promoted team find themselves a place off the foot of the National First Division log having collected only one point from their two games.

That solitary point came in a scoreless draw against Sekhukhune Football Club on Tuesday.

They lost their opening day encounter against second placed University of Pretoria earlier this month.

Bizana Pondo Chiefs coach Tshepo Motsoeneng has made no changes to the crop of players that helped the team gain promotion to the GladAfrica ...
Sport
1 year ago

“We cannot be in a hurry. We need to take baby steps. We don’t want to force anything.

“It’s a home game and it is two points dropped. But it is still a one-point game taking into consideration our situation at the club and not having the cash to splash out,” the head coach said.

“It was an open game. We made a few errors. I counted about six times in the first half where we could have scored.

“We might not have the experience that is out there but these boys will come right,” he said.

Motsoeneng said the Eastern Cape side was a work in progress.

“So all we are saying is, give the promoted club a chance to show whether we are ready or not to play in this league.

Bizana Pondo Chiefs promotion to the GladAfrica Championship was a special moment for the Pondo people and the Eastern Cape, club chairman Nathi ...
Sport
1 year ago

The coach remains confident of the quality within his squad and said they would not make any hasty decisions in terms of bringing in the right people to carry the club forward.

“We have already identified a few people who will join the club in time; we are not rushing anything.

“If you bring in a lot of people, they have to adapt and adjust to your philosophy and adaptation is a big problem in SA.

“People say there is no experience and quality in the side.

“There is quality. Allow them to settle and the results will come. Why are you in a hurry; we will get there,” he said.