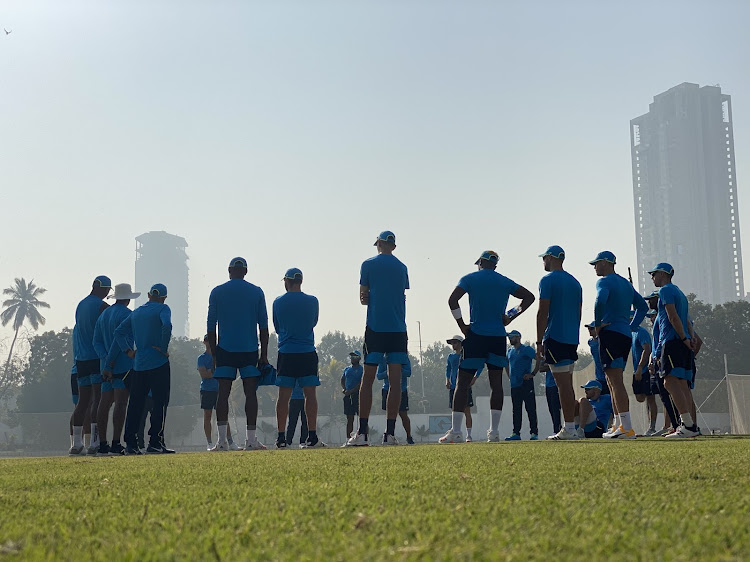 Cricket South Africa (CSA) have bemoaned the decision by their Australian counterparts to postpone a scheduled three-match Test series against the Proteas in March and April.

CSA's acting CEO Pholetsi Moseki said the re-arrangement of the lucrative tour will have severe implications for the organisation’s finances.

“It is indeed sad that after all the engagements and effort made to ensure a secure visit by our Australian counterparts‚ the tour has been derailed‚” said Moseki‚ who appeared to suggest that the tour has been cancelled as opposed to postponed.

“CSA have incurred significant costs related to the planning stages and the cancellation of the tour represents a serious financial loss.”

CSA have a financial model that works on a four-year cycle where a lot of money is made off tours of India‚ Australia and England‚ and less when other smaller nations visit.

They would have generated much-needed cash injection from broadcasting revenue even in the absence of spectators at the stadiums due to the Covid-19 regulations.

CSA director of cricket Graeme Smith said the last-minute decision made by the Australians has left him frustrated.

Smith said CSA have been working tirelessly in recent weeks to ensure that all the expectations from the Australian touring party are expected.

“So to be informed about the Cricket Australia decision at the eleventh hour is frustrating‚” said the former captain.

CSA’s chief medical officer‚ Dr Shuaib Manjra‚ added that the organisation made every effort to soothe the Australians.

He said CSA had even committed to importing an Australian tracking system “at great cost to ensure proper tracking of close contacts in the event of a positive test.”

Dr Manjra said in great detail how CSA had to bend over backwards while trying to meet the Australians’ demands.

“The protocols we had proposed to Cricket Australia were unprecedented.

“Firstly‚ we had agreed that our own Proteas team would enter the BSE 14 days prior to the arrival of the Australian team‚ thus altering their planning during the current tour of Pakistan.

“Amongst some of the other key arrangements made were that all four areas (two hotels and two venues) had a protocol to implement a strict BSE with no contact with anybody outside this area.

“We subsequently agreed to two separate BSEs and had granted Australia full and exclusive use of the Irene Country Lodge‚ which we shared with Sri Lanka‚ with a minimum staff present on site.

“In terms of the arrangements‚ the Proteas were to move to a separate hotel altogether. Furthermore‚ all hotel staff‚ match officials and even bus drivers were to enter the BSE 14 days prior to Australia’s arrival. “In addition‚ CSA had also committed to importing an Australian tracking system at great cost to ensure proper tracking of close contacts in the event of a positive test.

“The touring team was also going to be granted VIP access through the airports‚ after government intervention to ensure this privilege.

“These are just some of the protocols that CSA was to put in place. We had really gone the extra mile to make sure that the tour would proceed.”

Denga Ramuedzisi‚ the man appointed by the Cricket South Africa interim board to serve as the link between the board and executive management‚ has ...
Sport
1 year ago

CSA would be particularly disappointed given that they recently hosted Sri Lanka in a bio-secure environment in Centurion with no glitches reported.

Apart from the Sri Lanka tour‚ CSA successfully organised the ongoing domestic Momentum One-Day Cup in a bio-secure environment in Potchefstroom and no positive cases have been reported.

Currently‚ the Pakistan women’s team are touring the SA in a bio-secure environment in Durban‚ which has also went on without any problems.

“Due to the public health situation in South Africa‚ which includes a second wave and a new variant of the virus‚ and following extensive due diligence with medical experts‚ it has become clear that travelling from Australia to South Africa at this current time poses an unacceptable level of health and safety risk to our players‚ support staff and the community‚” said Hockley.