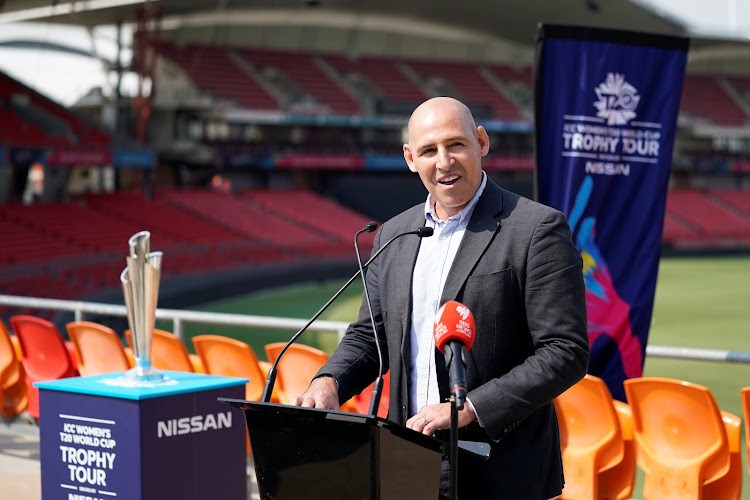 Cricket South Africa (CSA) suffered a major blow on Tuesday after Australia cancelled their inbound tour‚ citing the rising coronavirus infections in the country as the reason.

Cricket Australia interim CEO Nick Hockley said the decision was not taken lightly and it was largely influenced by the Covid-19 situation in South Africa.

The Australians have communicated the decision to their South African counterparts.

“Due to the public health situation in South Africa‚ which includes a second wave and new variant of the virus‚ and following extensive due diligence with medical experts‚ it has become clear that travelling from Australia to South Africa at this current time poses an unacceptable level of health and safety risk to our players‚ support staff and the community‚” said Hockley.

“We acknowledge the significant amount of work by CSA in planning for the tour‚ during which we made it clear that Cricket Australia was prepared to take on additional cost and effort to make the series happen.”

Will the Proteas succumb to their ninth successive Test match defeat in the subcontinent?
Sport
1 year ago

Out of a population of 60 million‚ South Africa had total cases at 1‚46 million with 1‚31 million having recovered while 44‚400 people have died as of February 2. Australia‚ in sharp contrast‚ have had just 909 deaths‚ 25 486 recoveries‚ with 28 818 total number of cases out of a population of just over 25 million people.

A charter flight carrying the Australia cricket team was expected to land in Johannesburg or Cape Town for a three-match Test series in March and April.

“This decision has not been made lightly and we are extremely disappointed‚ especially given the importance of continuing international cricket at this time‚ our valued relationships with CSA‚ and our aspirations to compete in the inaugural ICC World Test Championship.

“However‚ we have been consistent since the start of the pandemic that the health and safety of our people is always our number one priority and unfortunately‚ despite best efforts to a bio-security plan‚ the risks are simply too great at this time‚” said Hockley.

South Africa captain Quinton de Kock says his side's batsmen will have to be mentally stronger if they are to compete with Pakistan in the second and ...
Sport
1 year ago

The money-spinning tour came under threat earlier this year after it became apparent that the Australians had second thoughts after CSA's bio-bubble integrity and security was breached during the tour of England.

The breach‚ which led to positive cases of Covid-19 from both camps and resulted in the cancellation of the ODI home series against England‚ has now seemingly swayed the Australians to change their minds.

“As difficult and disappointing a decision as this is‚ especially for [coach] Justin‚ [captain] Tim and the team‚ we have a duty of care to our people and their health and safety can’t be compromised.

“We look forward to playing the series against CSA at a date to be confirmed in due course and we send CSA and the people of South Africa our very best wishes for a successful rollout of the Covid-19 vaccine and a return to normality soon‚” Hockley concluded.

Left-arm spinner Nauman Ali took five for 35 on debut to brush aside the South African tail in their second innings and see Pakistan to a comfortable ...
Sport
1 year ago

Hockley and Cricket Australia’s views are in sharp contract with those made by erstwhile CSA interim board chairperson retired Justice Zak Yacoob‚ who said during a media briefing two weeks ago that he was confident that Australia's tour would go ahead. He did‚ however‚ caution at the time that the unpredictability of the virus could yet cause plans to change.

“I had a chat with the chair of Cricket Australia [Earl Eddings] about a week ago and we agree that the tour is going to go ahead‚” Yacoob told a virtual press conference on January 21.

CSA are yet to release a statement.