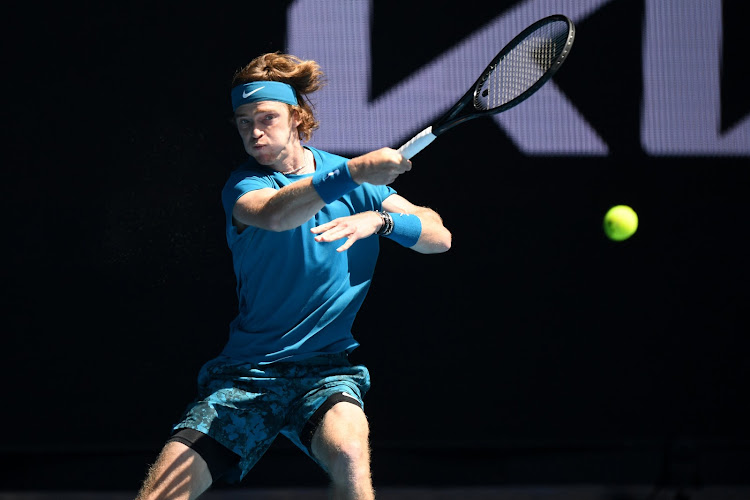 Andrey Rublev was essentially gifted a place in the quarters after his opponent retired injured.
Image: AUSTRALIAN OPEN/ TWITTER

Russian Daniil Medvedev firmed as an Australian Open title contender when he brushed aside Mackenzie McDonald 6-4 6-2 6-3 on Monday to reach the quarter-finals for the first time and extend his winning streak to 18 matches.

Medvedev will play compatriot Andrey Rublev for a spot in his third Grand Slam semi-final after the seventh seed was gifted a place in the last eight, also for the first time, when Casper Ruud retired injured.

With all the top male players competing, the ATP Cup provides the perfect warm-up for next week’s Australian Open
Sport
4 months ago

“I hope we can show great level and it will be a great battle.”

Fourth seed Medvedev won his first career five-set match in the third round but there was no need for a prolonged spell in the sun on Monday as he saw off McDonald in less than 90 minutes on Margaret Court Arena.

World number 192 McDonald had some luck going to the net but could not match the power of Medvedev's serve or the intensity the Russian brought to bear on big points.

“I played a great match, was feeling the ball great, serving great, hit some good winners,” said the 25-year-old.

“I was feeling really good out there. That's the most important thing.”

Russian qualifier Aslan Karatsev continued his fairytale run at the Australian Open on Sunday, reaching the quarter-finals on his Grand Slam debut ...
Sport
3 months ago

Rublev spent only 80 minutes on court in the clash of two former junior world number ones because of Ruud's retirement, which came after the Norwegian lost the second set tiebreak.

“I hope he recovers real quick. I did not expect it to end this way, but this is sport.

Qualifier Aslan Karatsev could make it two Russians in the last four if he beats Grigor Dimitrov in the quarter-finals on Tuesday.