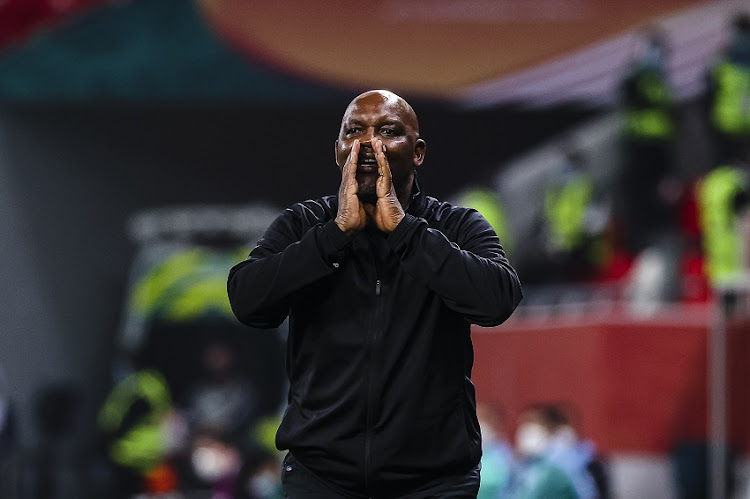 Al Ahly are off to a confident start in the Caf Champions League group stages in defence of their title‚ and it would have been a satisfying win for coach Pitso Mosimane as his side put three goals past Al-Merreikh a day after their coach had a dig at him.

Ahly dominated the opening half at Cairo International Stadium on Tuesday night without scoring against the Sudanese outfit. Their three goals scored in the second half for a 3-0 Group A win would have been sweeter for Red Devils coach Mosimane, as he was missing five players injured or suspended after Ahly’s third-placed finish at the Fifa Club World Cup last week.

The win might have been additionally satisfying for Mosimane as it followed Merreikh’s Tunisian coach Nasreddine Nabi becoming the latest to jump on the bandwagon criticising Mosimane.

Pitso Mosimane’s detractors in Egypt can only have been silenced for now as his Al Ahly matched their best finish at the Fifa Club World Cup with a ...
Sport
1 year ago

Nabi‚ who coached Ismaily in Egypt in 2016‚ had congratulated Ahly on their third-place finish at the Club World Cup in Qatar‚ earned with a penalties victory against Brazil’s Palmeiras in the third-place playoff on Thursday‚ but criticised the brand of football employed by Mosimane.

“I congratulate to Al Ahly and [club president] Mahmoud El-Khatib for the third place in Club World Cup. Facing them after this achievement presents a big motivation‚” Nabi was quoted as saying on Kingfut.com‚ via Sada El Balad TV‚ before the group stage meeting against the Red Devils.

“Al Ahly’s performance did not match the club’s ideas which always aim to play beautiful football like we always saw them. I expected better performance but Mosimane is free to choose the playing method that suits his team.”

In Qatar‚ Ahly were defensive in a 2-0 semifinal defeat against a formidable Bayern Munich - the European champions who became the second team after Barcelona to wrap up a sextuplet of six trophies in a season at the Club World Cup.

Mosimane’s side opened up their tactics to a greater extent, edging the 90 minutes against Palmeiras‚ but could not score and the playoff was decided by penalties. Ahly beat Qatari host club Al-Duhail 1-0 in the second round.

Mosimane was pleased at his team’s opening group stage win of the 2020-21 Champions League‚ as nine-time winners Ahly seek to defend their 2019-20 title.

“A good start if we want to talk about defending the title‚” Mosimane said via Kingfut. “Three points out of three goals. We are happy with the result and the performance. The goals came late‚ but this is football.

“We must not forget that we are missing five key players‚ so we were late in scoring in the first half‚ but we returned in the second half‚ and it is natural that some positions on the pitch will change due to the absences.

“I am happy that Walter Bwalya scored his first goal with Al Ahly‚ and also [man-of-the-match] Junior Ajayi played the whole match because he was away for the last period‚ and he had to play the game to refill his energy.

“After clinching the bronze medal in the Club World Cup‚ and the intensity of the games that the players have fought‚ I spoke to them and asked them not to rush‚ and told them that we must win the first three matches to qualify early.”

Mosimane has lost one match – against Bayern – in 25 since his bombshell arrival at Ahly from Mamelodi Sundowns in October.