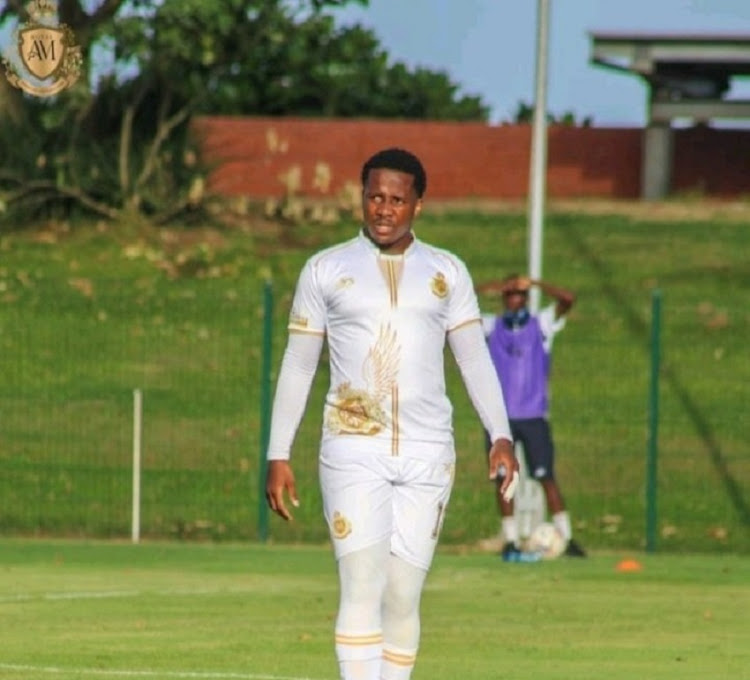 Club chairman Andile Mpisane is getting game time as a midfielder at the GladAfrica Championship side Royal AM.
Image: Andile Mpisane

Royal AM coach Floyd Mogale has insisted that young club chairman Andile Mpisane is getting game time as a midfielder at the GladAfrica Championship side because he is an “intelligent and a very good player”.

The 19-year-old Mpisane‚ also a reality TV star and gqom music artist who runs Royal with his businesswoman mother Shauwn Mkhize‚ set tongues wagging on Twitter this week when a video showed him showboating during a league match against Uthongathi FC.

The video led to a social media storm, with many people insinuating that Mpisane is only playing because his mother owns the club‚ and he is the chairman.

Mogale‚ however‚ said Mpisane deserves the playing opportunity because he is a talented footballer who works hard at training.

“He is not playing because he is the chairman of the team. Being chairman is just a title that he has and I don’t want it to put pressure on him because he is a very intelligent footballer‚” said Mogale‚ who has helped the team to fourth spot on the standings after 14 matches.

“There is no such thing as he picks himself to play. The boy is training with the team every day and I can tell you that he is working very hard to improve his fitness.

“The boy loves football and, like I said, he is a very good player - make no mistake about that. He’s got football brains‚ he loves the game and you can’t take that away from him, because if you are talented‚ you are talented.”

😂😂😂😭😭😭 That Pass was so Perfect But Ke Chairman Andile Mpisane pic.twitter.com/TrwmS1epJx

In the video that was widely circulated on social media‚ Mpisane is seen showboating and in the process a defender kicks the ball out of play for a throw-in.

“It was an instruction from the bench. I told him we are leading 3-0 in the closing stages against Uthongathi‚ so go out there and enjoy yourself. When these things were done by Masibusane Zongo or the late Emmanuel ‘Scara’ Ngobese nobody criticised.

“But people are talking now and want to be negative because it is Andile who happens to be a chairman of a club. What I also find interesting is that no-one is talking about the fact that the team is doing well in the NFD and we are winning football matches.”

Mogale said Mpisane is part of his plans for the rest of the season and he will get more opportunities as his fitness continues to improve.

“Of course he must do some defensive work and work within a defined system of the team, but he is not your typical workhorse. He knows what to do with the ball at his feet and he matches my style of how I want football to be played.

This is Andile Mpisane - He tried his luck with other teams but didn't cut it and mama #MaMkhize came through and bought him a team.He's now a chairman and can choose to play whenever he wants.. pic.twitter.com/0dZXFAm2zm

“At the moment he can give us about 20 to 30 minutes, but he has asked for a few more weeks to be in good physical condition to play more minutes.

“People are just trying to bring negativity to our camp, but he is enjoying himself and he is working very hard on his fitness. When I am sitting with him‚ we talk about football and I know that he understands football.

“The other night we were watching the Champions League match between PSG and Barcelona and from the discussions you could see that he understands when you talk about transitions‚ counter-pressing and counterattacks.”