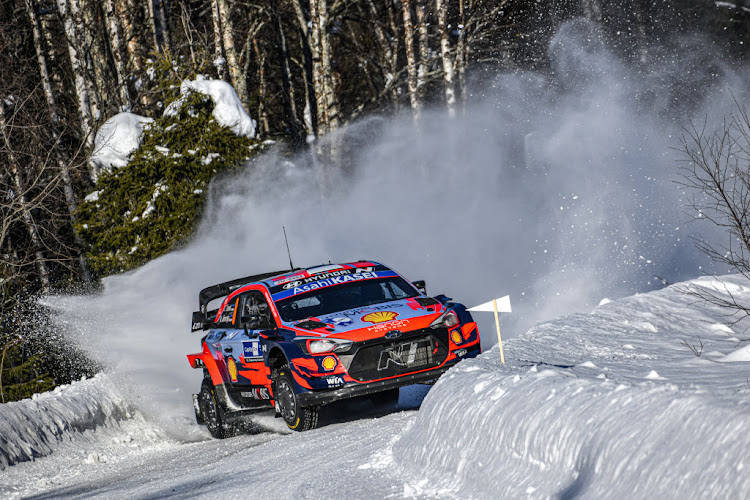 Tanak, the 2019 world champion, and co-driver Martin Jarveoja led the second round of the season from start to finish and won five of the 10 stages to end 17.5 seconds clear of home driver Rovanpera.

Seven-times world rally champion Sebastien Ogier celebrated the 50th victory of his career by winning the Monte Carlo season opener for a record ...
Sport
10 months ago

The snow and ice rally, based in Rovaniemi, was the World Rally Championship’s first within the Arctic Circle and replaced the Swedish round which was cancelled due to the Covid-19 pandemic.

Tanak was fourth for two bonus points and reigning world champion Sebastien Ogier, who finished 20th after losing more than 20 minutes on Saturday when his car plunged into a snowbank, salvaged a point.

Rovanpera has 39 points with Neuville on 35.

Ogier, the previous leader and winner of last month’s Monte Carlo opener, and Welsh team mate Elfyn Evans - fifth on Sunday - were level on 31 with Tanak fifth on 27.

Toyota lead the manufacturers’ standings with 88 points to Hyundai’s 77.

This has been an amazing place to come for a rally, definitely one of the best for a winter event

“This has been an amazing place to come for a rally, definitely one of the best for a winter event,“ said Tanak.

“There’s no place where you can have more snow and the characteristics of the road have been very special.

“It’s more than a worthy addition to the world championship.”