Caf president Patrice Motsepe firm on Afcon frequency: 'It must be every two years' 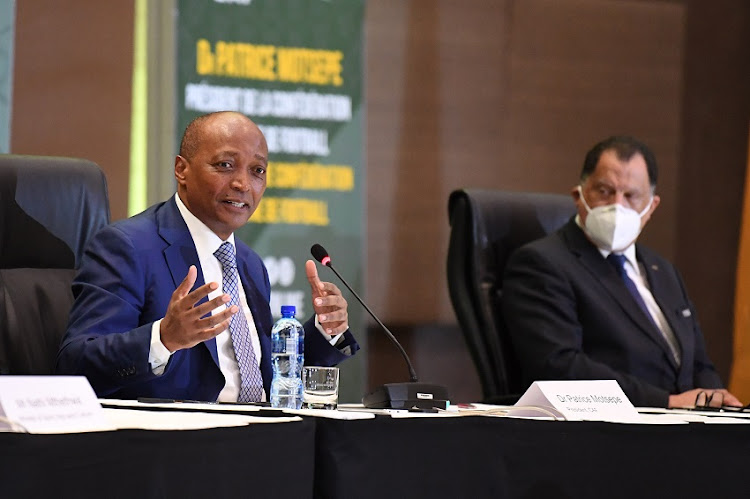 New Confederation of African Football (Caf) president Patrice Motsepe has no doubt that the Africa Cup of Nations should be held every two years‚ he said in his first press conference back in SA since his election on Tuesday.

Motsepe arrived in Johannesburg on Monday morning from Caf’s general assembly in Rabat‚ Morocco, on Friday‚ where he was elected unopposed as the continental ruling body’s eighth president.

He appeared to put to rest where he stands on one of the bigger recent debates in African football — whether the Nations Cup should continue to run every two years or be reduced to every four years.

Motsepe said that‚ with Caf having posted a loss for the past two years‚ the organisation needed its showpiece competition to take place every two years to maximise sponsorship revenue.

“This is one area where there were different views [at Caf’s assembly]. And I’ve no doubt that‚ where we are now‚ it has to be every two years — there’s no doubt about that‚” Motsepe said.

“So [Fifa president Gianni] Infantino‚ in all of the discussions and with his passion for‚ commitment to and partnership with, African football‚ to make it succeed‚ and the discussions I’ve had with him for some time ... I need him to help us do the things we need to do for Africa.

“Just like I need the private sector‚ and we will be working with the other [football] leadership on the other continents.  As I engage with them I need to do what’s in the best interests of Africa.”

There has been an argument that a Nations Cup every four years would increase the value and competitiveness of the competition‚ and perhaps ease some of the club-vs-country battles for players to be released.

Motsepe asks Senghor, Yahya and Anouma to travel Africa with him

He said a first step Motsepe could take to reverse this would be to restore the broadcast contracts for Caf’s competitions‚ especially the Caf Champions League and Caf Confederation Cup‚ which had lapsed.

This has seen those competitions not broadcast‚ which Jordaan said was a situation that had not been seen on any other continent. This devalues such competitions from a sponsorship value standpoint‚ and denies Caf much-needed broadcast revenue.