We have to get there, Chiefs coach says after morale-boosting win over Pirates 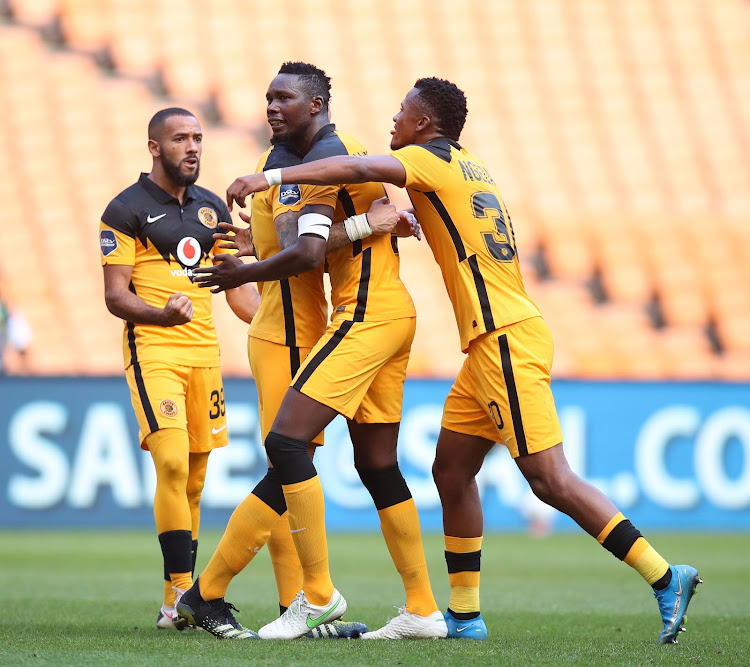 IN THE BAG: Kaizer Chiefs players celebrate victory over Orlando Pirates in their DStv Premiership match at the FNB Stadium in Johannesburg on Sunday.
Image: BACKPAGEPIX/ MUZI NTOMBELA

Kaizer Chiefs coach Gavin Hunt has renewed confidence his team can still earn a top-eight slot this season after their 1-0 win over arch-rivals Orlando Pirates on Sunday.

Samir Nurković’s 54th minute bicycle-kick was enough to give Chiefs a crucial win in what was the 100th Soweto derby in the league at FNB Stadium.

The win left the Glamour Boys ninth on the DStv Premiership table with 23 points, three behind eighth-placed TS Galaxy, who have played 20 games, one more than Chiefs.

“That [finishing inside the top eight] has to be a given. We have to get there,” Hunt said.

“We’ve got some big games coming up against people around us, underneath us [on the log].

“We have gone some games without being beaten now, which is the most important thing.’’

Hunt is also banking on the impending return of forward Khama Billiat, who has been out since January after cracking a bone in his leg.

The Amakhosi mentor expects Billiat to be back in the next two weeks alongside striker Leonardo Castro, who suffered an injury a fortnight ago.

Hunt dismissed rumours the Zimbabwean ace is not part of his plans beyond this season.

“We need Khama back,” he said.

“As you saw [on Sunday] I couldn’t make a change.

“We had nobody on the bench to make a change.

“We have to get Khama and Castro fit again, so they can add numbers up front, that’s the biggest thing we can do.

“It’s only people like you [journalists] who say he’s not in the plans.

“I don’t know where the story comes from.

“He’s in the plans, we need to get him fit ... he had a broken leg, he’s jogging now, running, so hopefully in the next two weeks we can get him a little game time.’’

Kaizer Chiefs coach Gavin Hunt does not believe that the club having many players whose contracts end in June has played a role in his team’s ...
Sport
6 months ago

It was Hunt’s maiden win over Pirates as a Chiefs coach, having lost the previous three derbies this season.

“It [the win] is huge. In our situation, we need to get ourselves up the league.’’

Meanwhile, Pirates players will not get a single day off in the current Fifa break.

This was revealed by an “upset” Pirates mentor Josef Zinnbauer.

The German didn’t hide that the initial plan had been to give players some rest after the derby.

However, that will not happen now.

“The target was to win the game and get maybe one or two extra days of resting.

“But now it’s not possible. I am really upset. We can’t rest now, we have to work,’’ Zinnbauer said.

Former Kaizer Chiefs and Mamelodi Sundowns midfielder George Lebese has announced that a US travel ban has forced him to terminate his contract with ...
Sport
6 months ago

Thulani Hlatshwayo, Innocent Maela, Ben Motshwari, Vincent Pule (all Bafana Bafana), Deon Hotto of Namibia and Gabadinho Mhango (Malawi) are the only Bucs players who will be on international duty in the current Fifa hiatus.

Giving his assessment of the game, Zinnbauer, interestingly, claimed Amakhosi had “parked the bus” on Sunday, saying he had been shocked to see them deploying an ultra-defensive approach while it was their home match.

“I don’t know what they had as a game plan but we had our plan,” he said.

“I was a bit surprised about the low-block ... it’s a home game, you play deep. It was so unexpected.”

After 21 outings, fourth-placed Buccaneers are now on 35 points, five behind leaders Mamelodi Sundowns, who have played three matches fewer in the Dstv Premiership.