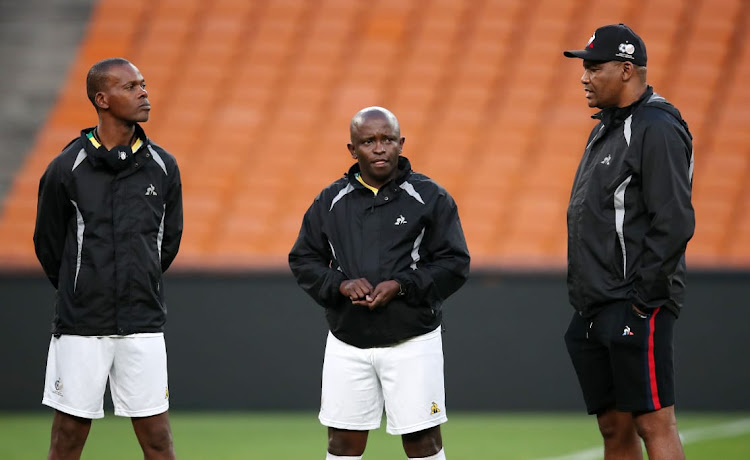 Bafana Bafana head coach Molefi Ntseki and his technical team are aware that the Ghana match is a must win.
Image: Bafana Bafana/Twitter

Bafana Bafana’s bid to qualify for the Africa Cup of Nations finals in Cameroon next year has just taken a tricky twist after group rivals Sudan beat São Tomé and Príncipe 2-0 on Thursday afternoon.

The result in São Tomé has drawn Sudan level on nine points with leaders Ghana and the now third-placed South Africa in Group C.

This means Bafana‚ who began the day in second place before they regulated to third spot by the Sudanese‚ will now have to win their match against the Black Stars of Ghana at FNB Stadium on Thursday‚ the same team that beat them in the corresponding fixture in the first round.

If Bafana drop points against Ghana on Thursday‚ the trip to Khartoum would suddenly become a lot trickier than they originally imagined as they would need to draw or a win against Sudan on Sunday to ensure qualification.

The other important factor is that Sudan scored two goals and did not concede against São Tomé and Príncipe to significantly boost goal difference.

What must Bafana do to ensure they qualify for next year's Africa Cup of Nations?

What must Bafana Bafana do to ensure that they secure a place at the Africa Cup of Nations finals in Cameroon next year?
Sport
3 weeks ago
Next Article