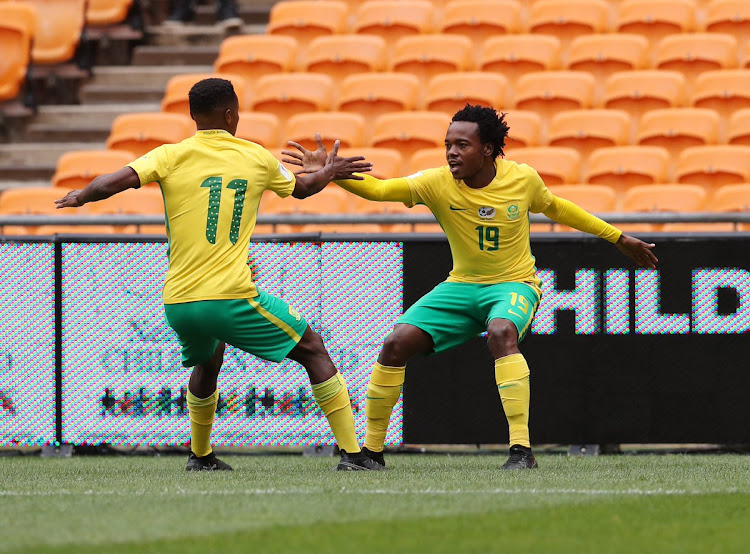 Bafana Bafana find themselves in a must-win situation when they take on the Black Stars of Ghana in a crucial Africa Cup of Nations (Afcon) qualifier at FNB Stadium on Thursday.

Defeat for Bafana and victory for Sudan over São Tomé and Príncipe in the other match of Group C this week would leave Molefi Ntseki and his men in serious danger of not qualifying for the tournament in Cameroon next year.

Bafana Bafana’s bid to qualify for the Africa Cup of Nations finals in Cameroon next year has just taken a tricky twist after group rivals Sudan ...
Sport
1 year ago

Here are the five South African players who are going to be key for Bafana as they look to claim all three points:

Coach Ntseki is likely to go with continuity by choosing the SuperSport United stopper Williams between the sticks as he featured in all four group matches for Bafana.

Williams has become the country’s number one ahead of Itumeleng Khune in recent months as the veteran continues to struggle with injuries and loss of form.

‘Tyson’ has set high standards for himself over the past few seasons‚ but he has been inconsistent at Orlando Pirates where he has taken the captain’s armband in the absence of Happy Jele.

A lot is going to be expected from him in the heart of the South African defence against the Ghana attack that will be without influential Swansea City ace Andre Ayew and his younger brother Jordan Ayew of Crystal Palace.

‘Mshishi’ started the season like a house on fire with 10 goals from 22 matches in all competition and Ntseki will be hoping that he translates club form to the national team.

The highly skilled Zwane will be tasked with the daunting job of initiating most of the attacks from the midfield and their mission has been made easier by the fact that Ghana will be without Arsenal midfielder Thomas Partey.

Percy Tau has seen limited action since he arrived at his English Premiership club Brighton & Hove Albion in January and this match offers him an opportunity to get minutes under his belt. Having not played much this season‚ the extent of his physical conditioning will only be known during the match and Ntseki will be hoping that he lasts for the entire match.

The Sundowns utility forward has impressed for the Brazilians this season where he has been used as a number eight‚ false number nine or as an outright striker by the technical team of Manqoba Mngqithi‚ Steve Komphela and Rulani Mokwena.

In his 25 matches so far‚ Maboe has scored five goals and contributed with three assists. A lot is going to be expected from him in the attacking department to give Ghana's defenders endless headaches.