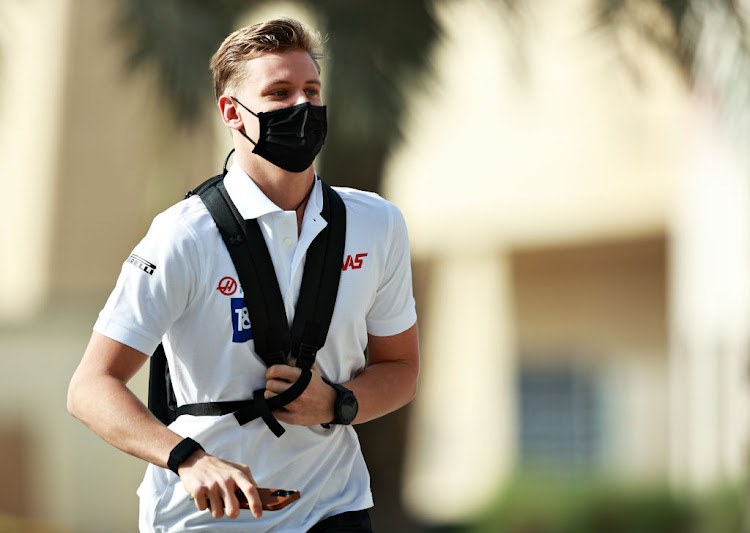 Mick Schumacher has been getting some tips from Kimi Räikkönen, the man who took over from father Michael at Ferrari, as he prepares for his Formula One race debut in Sunday's Bahrain season opener.

The 22-year-old German, who won last year's Formula Two title and will be lining up for the Haas team, told reporters it was funny to think some drivers will have raced against two generations of his family.

Räikkönen, now 41 and at Alfa Romeo, made his debut 20 years ago with Sauber and replaced seven-times world champion Michael at Ferrari at the end of 2006.

The Finn remains Ferrari's most recent world champion after winning the title in 2007.

Spaniard Fernando Alonso, the two-times champion who ended Schumacher's run of five successive titles with his first in 2005, is returning with Renault-owned Alpine at the age of 39.

Mick Schumacher follows his father to the letter

The letters MSC on a Formula One timing screen once charted the dominance of seven-time world champion Michael Schumacher but this season they denote ...
Sport
1 month ago

Lewis Hamilton, who equalled Schumacher's record seven titles last year, took the German's place at Mercedes at the end of 2012 when the great finally retired.

“It's going to be nice to see how things are going to turn out on track,” said Mick. “I haven't driven with many of them in the test because I was mostly with some other guys.

“I was driving with Kimi and I know Kimi quite well, let's say, from the track. He's always very nice, and it's very nice talking to him and getting, obviously, some info and tips here and there.”

Michael Schumacher has not been seen in public since he suffered severe head injuries in a skiing accident in France in 2013.

Mick shut down a question about how his father, who made his F1 debut 30 years ago, might feel about his son's first race.

“I guess that's kind of a very private question and not a question for me to answer in a way,” he said, adding that he had no family members with him in Bahrain. “I've got my group around me, my people around me, and I'm sure we'll take on that task of going into my first F1 race,” he added.