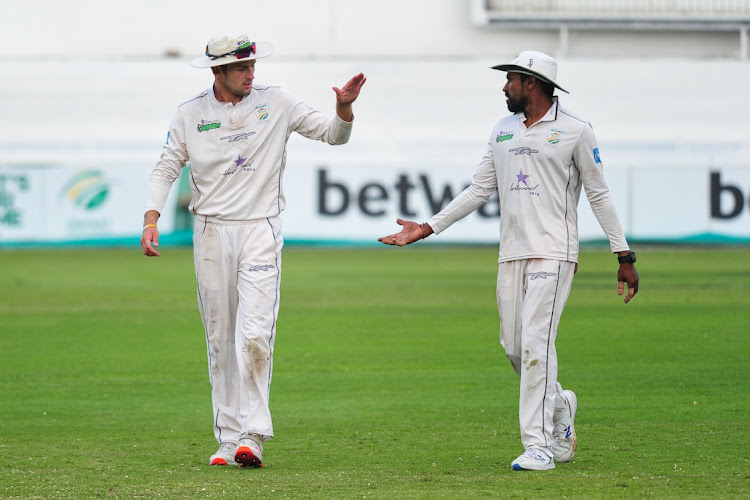 A career-best six-for by Prenelan Subrayen played a key role in the Dolphins turning the 4-Day Domestic Series final on its head when they dismissed the Titans for a record low of 53 on the penultimate day of their clash in Durban on Sunday.

The right-arm off-break bowler took six for 24 in a scarcely believable 22-over spell and shared 13 wickets with fellow spinner Senuran Muthusamy on day four of the match‚ which is being played as a five-day decider at Kingsmead Stadium.

Their performances‚ which meant that 17 wickets fell on the day‚ blew away the visitors for their lowest-ever total in franchise history and also set a joint stadium-low score record‚ equalling an effort by Border against Natal from nearly 90 years ago in 1933/34.

The 53‚ scored in a dire 43.3 over by the Titans‚ was in response to the 295 all out by the Dolphins at the start of the day‚ with Mandla Mashimbyi’s side then made to follow on before reaching stumps on 92 for four.

That drew the curtain on a sensational day of cricket – one that started out as effectively the second day of the match after only 10 overs were possible on day one and two when rain‚ bad light and a wet outfield left a draw looking like a certain outcome.

Dolphins and Titans set for first-class final battle in Durban

Dolphins coach Imraan Khan and his Titans counterpart Mandla Mashimbyi are both determined to end the 2020/21 season with a bang when they battle it ...
Sport
3 weeks ago

The home side resumed on 258 for seven at the start with Ruan de Swardt reaching 26 and Subrayen ending not out on 14 as their side was bowled out for 295.

Okuhle Cele (3/58) and Kyle Simmonds (3/95) finished as the pick of the bowlers. But those three relatively quick wickets were as good as it got for the away side.

They then crumbled in the face of the relentless pressure created by the home spinners to fall for their lowest ever score in franchise cricket – beating the 57 all out they made against the Knights at Centurion in 2016/17.

It was also the second-lowest score in the history of franchise cricket‚ with the worst being 28 all out made by the Eagles against the Warriors in 2008/09.

It was his sixth career five-for and beat his previous best first-class figures of five for 35 against the same Titans at Pietermaritzburg in 2016/17.

His main partner at the other end‚ Muthusamy‚ bagged three for 12 in 14.3 overs.

With a 253-run difference and only a day-and-a-half to play‚ the visitors were told to bat again.

Elgar fell cheaply to a Subrayen delivery that kept extra low for 11‚ but Yaseen Valli (37) and Theunis de Bruyn (38) put in a much better effort second time around.

The pair added 56 for the second wicket to take the total to 90 for one with just under 30 minutes to play.

But both men were stumped attempting to attack the Dolphins’ spinners and Sibonelo Makhanya (1) also fell in another late collapse that left the visitors reaching the close on 92 for four.

The four wickets were shared by Subrayen (2/32) and Muthusamy (2/31)‚ leaving Imraan Khan’s side six wickets away from victory.

Play will resume at 9am on Monday.