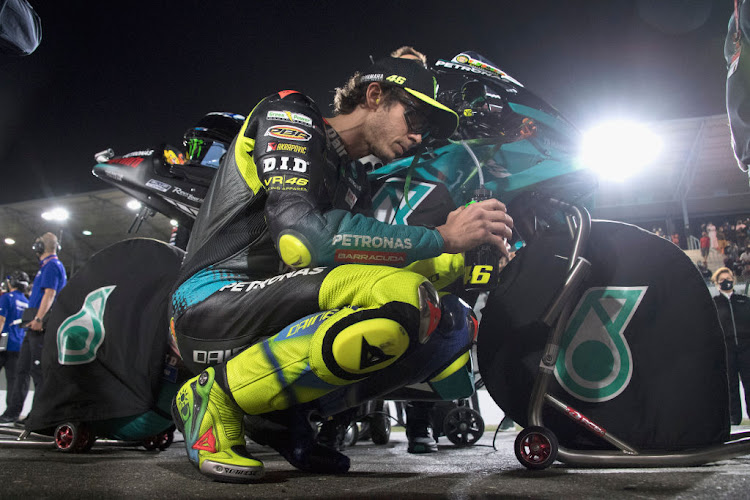 Valentino Rossi of Italy and Petronas Yamaha SR prepares to start during the MotoGP race during the MotoGP of Qatar - Race at Losail Circuit on March 28, 2021 in Doha, Qatar.
Image: Mirco Lazzari gp/Getty Images

Seven-time MotoGP world champion Valentino Rossi believes there are riders on the grid who do not care enough about their rivals.

Italian Rossi was involved in a clash with Brad Binder in the season-opening Qatar Grand Prix on Sunday before finishing 12th in his debut race for Petronas Yamaha.

Binder maintained there was no contact with Rossi and no sanctions were handed out by the race stewards.

Ahead of this weekend's second race in Doha, Rossi was asked whether there is a difference in intensity when fighting for positions in the mid-pack.

“You have a lot of riders who are more clean and ride with a lot of respect for the opponents.

“You have some other riders like Binder, who ride a lot harder and don't care about the rival.

“So, if you try to close the line he releases the brake, and if you don't move he hits you out of the track. But it's like this, now it's like this.”

“Looks like Maverick has something different in the setting of the bike and in the electronic system,” Rossi said.

“It's very difficult to put exactly the same settings because every rider has some small differences, but during this weekend we can try to follow another way.”