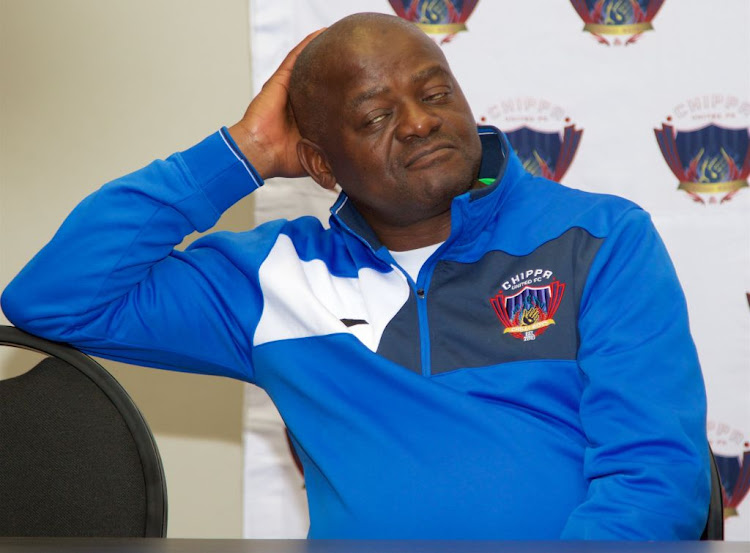 The Chippa United coach was sacked a day after the Port Elizabeth club were handed an embarrassing 5-1 thumping by Maritzburg United in a league match on Saturday night.

Malesela was on the team bus with his players on the way to the airport when TimesLIVE contacted him on Sunday morning and he confirmed that his stay at the Eastern Cape side had come to an abrupt end.

“I am in the bus on our way to the airport at the moment, but yes, I am leaving. Let us talk later (on Sunday)," the former Mamelodi Sundowns and Orlando Pirates defender said.

An insider at the club also confirmed that the coach had been shown the door.

Malesela joined United in December in a deal that was to last until the end of the 2020-21 campaign‚ with an option to renew for a season.

It was Malesela's fourth stint at the club and Mpengesi said at the time the 55-year-old Malesela was very popular with the club’s supporters.

“Affectionately known as ‘Dan Dance’‚ he ... led the team to a best-ever league finish (sixth in the 2015/16 season) and to a memorable 2017 Nedbank Cup semifinal place,” Mpengesi said in December.

“Malesela comes in highly regarded for his man management skills and carries a proven track record of working with young talent.”

But the Chilli Boys had to withdraw the appointment after strong objections from the SA Football Association in connection with racist statements the ex-Polokwane City‚ Black Leopards and Free State Stars coach had made at his previous club in Tanzania.

The hapless Malesela, who has been fired by Mpengesi on several occasions in the past, joined Chippa in December having been fired by TS Galaxy a week earlier‚ having gone six matches without a win at the PSL new boys.

United are in 14th place on the premiership standings and have not won a match since beating Black Leopards 3-0 in January.

But the Eastern Cape club have reached the semifinals of the Nedbank Cup and Malesela will be gutted that he was sacked when he has led the club to just two games away from winning a maiden trophy in the top-flight.