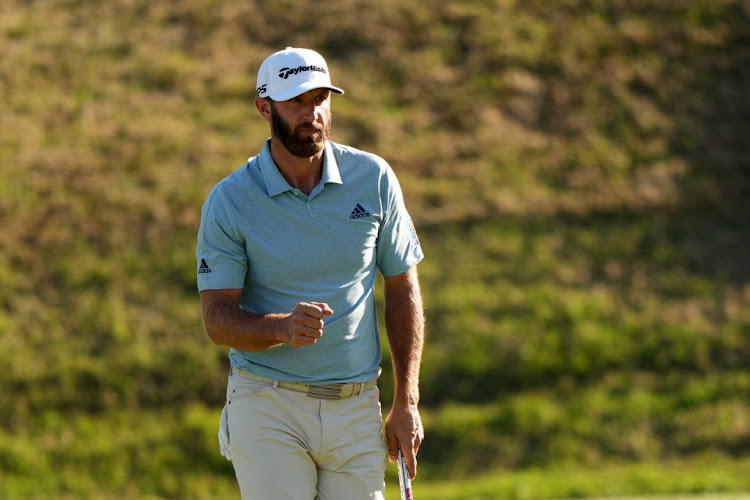 Dustin Johnson of the United States will be the man to beat at Augusta National
Image: Darren Carroll/Getty Images

The Masters returns to its traditional date this week as the year’s first major at Augusta National and Dustin Johnson is the man to beat on a layout that, while familiar, will play and look much different from the one he triumphed on five months ago.

Colourful, blooming azaleas set against emerald fairways and greens will be back on full display in stark contrast to the autumn foliage that created a rather unique setting last year when Covid-19 forced the Masters to be played in November.

And unlike the soft conditions that an in-form Johnson took full advantage of with blistered drives, laser-like approaches and solid putting en route to his record-setting performance, course conditions could prove much different this time around.

“If it’s soft again, yeah, you’d be able to shoot some low scores,” said Johnson. “But if it’s firm and fast like I have a feeling it’s going to be, the golf course plays way different and way more difficult.”

A win for Johnson, whose 20-under total last year broke the Masters record shared by Tiger Woods and Jordan Spieth, would put him in elite company. Only Jack Nicklaus, Nick Faldo and Woods have successfully defended Masters victories.

But world number one Johnson will have his work cut out for him, especially when you factor in the compelling games of his fellow competitors — notably Justin Thomas, new father Jon Rahm and reigning US Open winner Bryson DeChambeau.

Thomas has improved in each of his five Masters starts, most recently a fourth-place finish in November, and he has heated up since, including a win last month at The Players Championship, golf’s unofficial fifth major.

World number one Dustin Johnson confirmed on Saturday he did not put his name forward for a spot on the US team for this summer's Tokyo Olympics and ...
Sport
1 month ago

Rahm, who finished inside the top-10 at the Masters in each of the last three years and even held a share of the midway lead last November, previously said would leave Augusta National at a moment’s notice to be present for the birth of his child.

Thankfully for the Spaniard, his wife delivered their baby boy on Saturday.

DeChambeau will be eager for another crack at the Masters after his attempt to overpower Augusta National with his brute force in November when he was the pre-tournament favourite turned into a dud.

DeChambeau, who said he experienced bouts of dizziness and stomach pains during last year’s Masters, barely made the cut but has since picked up his eighth PGA Tour title with his win at the Arnold Palmer Invitational followed by a share of third a week later at The Players.

“He’s going to come into Augusta more sinewy than the last time we saw him, less bulked up and hopefully feeling better,” Golf Channel analyst Brandel Chamblee said of DeChambeau.

“And Bryson DeChambeau take two at the 2021 Masters, I wouldn’t be surprised if he gave us all the excitement that we were expecting in 2020.” Former champion Spieth, who finished third or better in four of his first five Masters starts from 2014, comes into the week riding high after a fine run of form and fresh off a triumph at the Texas Open that snapped a nearly four-year winless drought.

Tiger Woods offered a heartfelt thanks to his fellow golfers for their tribute on Sunday, where many donned the 15-time major champion's signature ...
Sport
1 month ago

Rory McIlroy, who bounced back from an opening 75 last year to finish tied for fifth, is battling swing issues but will be part of the conversation heading into Thursday’s first round as this marks his seventh attempt to complete the career Grand Slam of golf’s four majors.

“The golf course fits Rory’s game so well. If he can figure out something, he’s got a great chance there, even if he’s not coming in the year playing great,” said ESPN golf analyst Andy North.

Notably absent from this year’s Masters will be five-times champion Woods who is recovering at home after suffering career-threatening leg injuries during a one-vehicle crash in February that resulted in a three-week hospital stay.

Unlike last year’s Masters which was only played in front of club members, media, family and close friends of the players, Augusta National has said it will welcome a limited number of spectators this week.