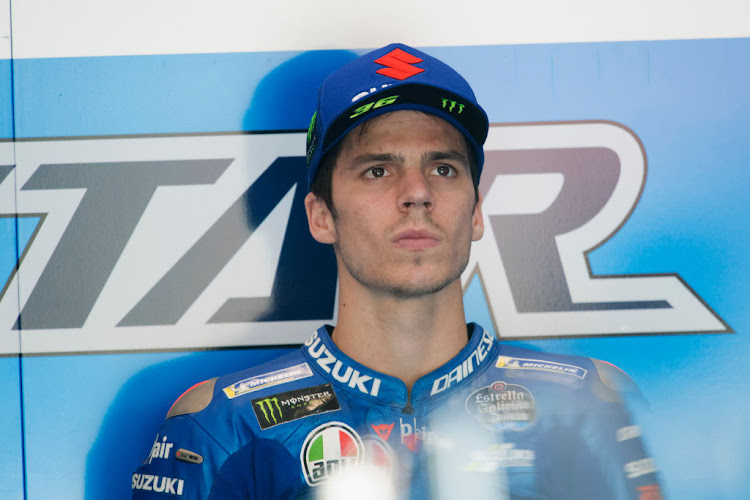 Defending MotoGP world champion Joan Mir of Suzuki described Ducati rider Jack Miller's overtaking manoeuvre on the straight as “super dangerous” after the two riders clashed and made contact at the Doha Grand Prix on Sunday.

Miller and Mir clashed twice in the midfield, first when Mir bumped Miller wide before the Australian barged him aside with his shoulder on the straight as they competed for position.

It was a manoeuvre that I understand was risky, but was not over the limit ... I moved my leg to apologise because I couldn't avoid it

“We both touched a bit, then I picked up the bike. It was a manoeuvre that I understand was risky, but was not over the limit ... I moved my leg to apologise because I couldn't avoid it,” Mir told reporters.

“And then in the same lap I was wide in the last corner, and when I came back I saw Jack and he was moving the head like he saw me. I just went to the kerb and he just came across over me and we both touched.

“We almost crashed on the straight, so I think it was super risky, it was a super dangerous manoeuvre ... I think that was intentional.”

The incident was reviewed by MotoGP stewards during the race and they announced that no further action was taken. Both Mir and Miller dropped out of the top six as a result of the collision to finish seventh and ninth, respectively.

“There were few contacts but, it was the way that the race was going, seemed to be a bit of contact here and there. It was just one of those things,” Miller said.

“We've both seen what happened ... and we continued to race after that, so not much really on that side of things. I got hit, I think three times already before.”