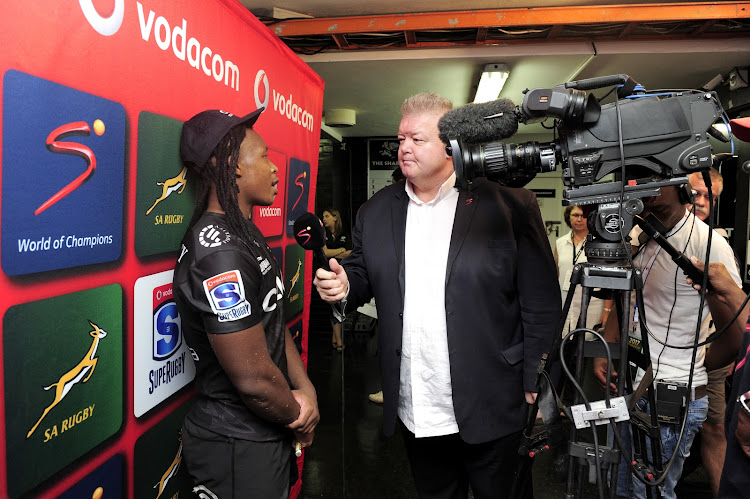 A file photo of Kobus Wiese interviewing Sbusiso Nkosi of the Sharks after a Super Rugby match in Durban.
Image: BACKPAGEPIX/ GERHARD DURAAN

Rugby World Cup hero Kobus Wiese is recuperating in a Cape Town hospital after suffering a heart attack on Wednesday.

Wiese‚ who was part of the victorious 1995 team, was initially admitted to a Paarl hospital, but the 56-year-old former lock was transferred to the Mediclinic in Panorama in Cape Town's northern suburbs.

According to news reports‚ he underwent a procedure to have an intravascular stent inserted into a narrowed vein.

‘It brings a lump to your throat’: let’s honour 1995’s fallen Bok heroes

25 years since SA’s Rugby World Cup victory, team members remember brothers in arms who have since died
Sport
9 months ago

Wiese, who after his playing days turned television presenter and pundit, has become a popular member of SuperSport's on-screen line-up.

His temporary absence from their line-up last year was widely bemoaned.

Wiese is also a successful businessman after entering the coffee trade in 1994.