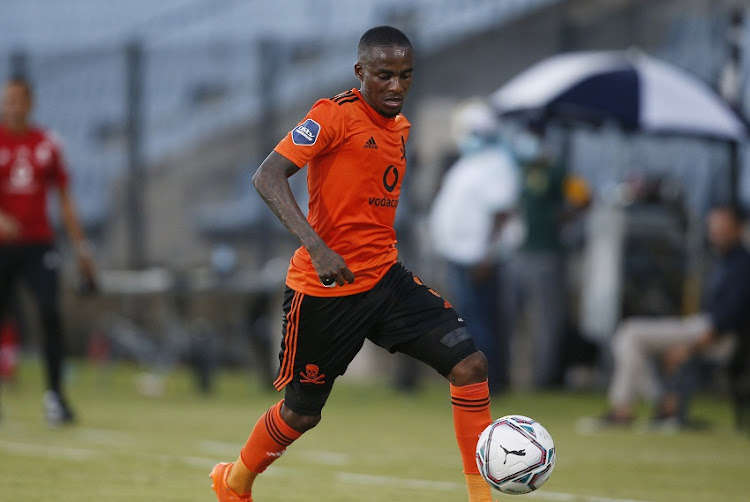 There appears to be some doubt on the exact timeline for Orlando Pirates’ key attacker Thembinkosi Lorch to make his long-awaited return from injury‚ with coach Josef Zinnbauer admitting he is not entirely clear on it.

Zinnbauer said what he does know is Lorch will not be available when Pirates meet Algerian outfit ES Setif — with whom they drew 0-0 in their 2020-21 Caf Confederation Cup Group A opener in neutral Ghana — at Orlando Stadium on Wednesday (kickoff 3pm).

Lorch has been out with an abductor strain injury since limping off in the 28th minute of Pirates’ 1-1 DStv Premiership draw against SuperSport United at Lucas Moripe Stadium on February 28.

Before that the Bafana Bafana international last played a full game in a 2-0 home win against Cape Town City on February 9.

Orlando Pirates have a growing confidence from their performances in the 2020-21 Caf Confederation Cup that they are “capable of going to the final” ...
Sport
1 year ago

Pirates’ website reported Lorch had returned to training in early March‚ but just over two weeks later he has yet to play‚ and Zinnbauer could not specify when the player might return.

“It’s a good question‚” Zinnbauer chuckled‚ asked about the latest on Lorch in Tuesday’s virtual pre-match press conference to the clash against Setif. “We know we need him and I know that he’s working on himself‚ and the medical staff too. But I cannot say that he’s ready for tomorrow or maybe for Saturday [in the league Soweto derby against Moroka Swallows at Dobsonville Stadium].

Group A leaders Pirates met Setif in Accra due to Covid-19 concerns from the Algerian authorities. The Buccaneers were perhaps edged in the draw by the “home” side‚ but the long grass of the Ohene Djan Stadium surface did seem to limit the South African club’s quick-passing strength.

Bucs will aim to move the ball faster on their well-trimmed Orlando Stadium turf‚ but Zinnbauer cautioned that Setif are no slouches at carpet football either.

“Yeah‚ I think this can help. But don’t forget the opponent — the opponent might also find the better field an advantage‚” the coach said.

“We hope we will play better. In the away game we did have a few problems with this grass‚ but the opponents maybe also did.

“We have seen the clips of Setif’s other games‚ played on normal surfaces. And they played better than in this game [in Ghana]. But important for us is that we play our style‚ and the three points is the target.”

They lead the Confed Cup’s Group A with eight points from four games‚ Nigeria’s Enyimba have six‚ and Libya’s Al Ahli Benghazi and Setif four apiece.