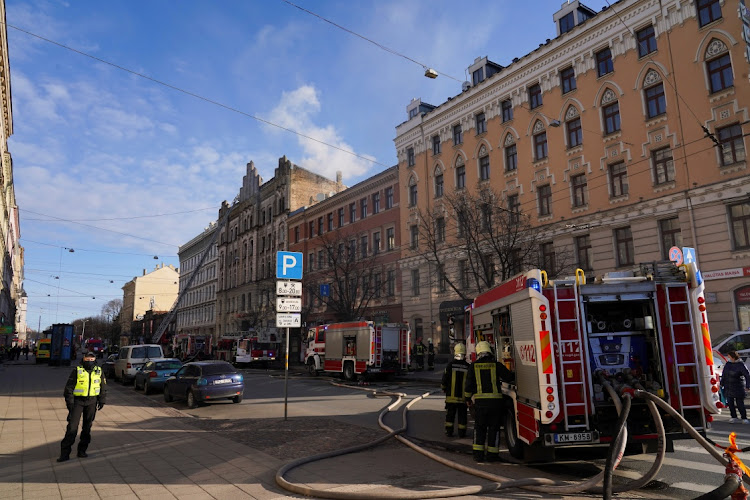 Firefighters respond to a deadly fire in a hostel in Riga, Latvia, on April 28 2021.
Image: REUTERS/ JANIS LAIZANS

Eight people died in a fire in an illegal hostel in the centre of the Latvian capital Riga early on Wednesday, officials said.

Riga's mayor Martins Stakis said the hostel, near the city's main railway station, mainly housed foreigners but it was not clear yet who the victims were.

The mayor described the hostel as "illegal", saying, "This was not a (real) hostel; this was an apartment that was used as a hostel."

Alongside the eight dead, nine people were found injured and 24 evacuated from the fire, on the sixth-floor, after emergency services were called at 4.43am, a Fire and Rescue service statement said.