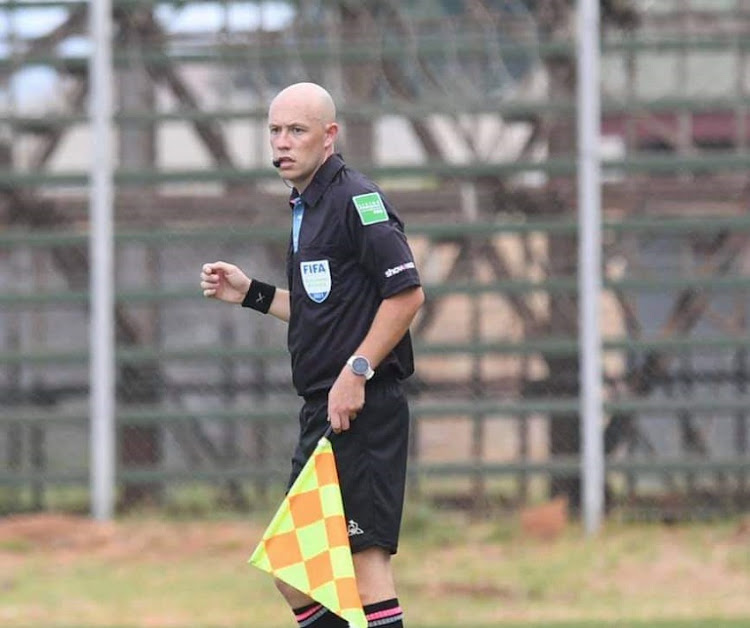 SA football has been left mourning the death in tragic circumstances of match official Shaun Olive after a car accident.

Olive‚ the Premier Soccer League’s (PSL) assistant referee of the year for the 2019-20 season‚ had suffered horrific injuries from a crash that occurred near his home in Mondeor‚ Johannesburg, on Tuesday.

Olive’s relatives had made an appeal for financial assistance for medical treatment as he had lost his medical aid support in the past year due to “work restrictions”‚ the post on the crowdfunding website Backabuddy had said.

The PSL put out a statement on Saturday morning that read: “The Premier Soccer League is saddened by the passing of 2019-20 PSL assistant referee of the season Shaun Olive.

“The league sends heartfelt condolences to the Olive family‚ SA Football Association (SAFA) and the football fraternity at large.

“The PSL will observe a moment of silence in honour of Shaun Olive ahead of this weekend’s Nedbank Cup‚ DStv Diski Challenge‚ DStv Premiership and GladAfrica Championship fixtures. May his soul repose peacefully.”

Olive’s partner‚ Sherize Pieterse‚ had posted on Backabuddy that: “On the morning of May 4‚ Shaun was leaving his home in Mondeor to head to work and had an accident where his car rolled over him and dragged him across the road. Due to work restrictions over the last year‚ he has lost his medical aid and has no cover for his medical treatment.

“The doctors on consult asked for R1m before they'll even assess him and he was transferred to a state hospital for treatment.”

Pieterse’s post said Olive had “undergone scans and X-rays in a private hospital and with no means of income and no medical aid”‚ his bills would have to be paid in cash. “This includes the medical treatment and surgeries he will have to undergo in the next couple of days.”

The post said Olive’s injuries included a broken left leg‚ fractured pelvis‚ urethral injury‚ broken nose‚ his pelvis was displaced and he had a spinal fracture.

The South African Football Association has learnt with great sadness and a heavy heart the passing of Assistant Referee, Shaun Olive this morning. We pass our deepest condolences and pray for peace and contentment in the hearts of his family.
May his dear soul rest in peace pic.twitter.com/SzCWbcDoQ3

Olive was a leadership educator for physical education at a government school in Johannesburg‚ the post said.

The SA Football Association (Safa) said in a statement: “It is with profound sadness and deep grief that we inform the SA football family of the passing of Shaun Olive‚ Safa and FIFA assistant referee.”

Rest in peace Shaun Olive.
Your contributions to the Beautiful Game will never be forgotten. pic.twitter.com/p0DQPHnO4G

Safa president Danny Jordaan was quoted as saying: “We are gutted as the association. Here was a young man‚ taken away at the prime of his career. Shaun was among the rising young officials and his passing on is a huge blow to the country‚ the continent and world.”

Safa’s chairperson of its referees committee‚ Natasha Tsichlas‚ said: “We extend our most sincere condolences to Shaun’s family‚ his fiancée‚ friends and the refereeing family as we come to terms with his tragic passing. We pray that they will be comforted and experience deep peace today‚ and the days hereafter.

We are saddened to learn of the passing of PSL referee Shaun Olive. Deepest condolences to his friends and family. Our thoughts are with you at this difficult time. pic.twitter.com/f2shUcOnUs

“Shaun’s bubbly presence and amiable character will be sorely missed among us. He showed so much promise and was at the cusp of a flourishing career.”

The PSL is saddened by the passing of 2019/20 PSL assistant referee of the season, Shaun Olive.

The League will observe a moment of silence in his honour ahead of this weekend’s Nedbank Cup, DStv Premiership, Diski Challenge and GladAfrica Championship fixtures pic.twitter.com/MbP9HmxsUZ