Eric Tinkler back in the hot seat at Cape Town City 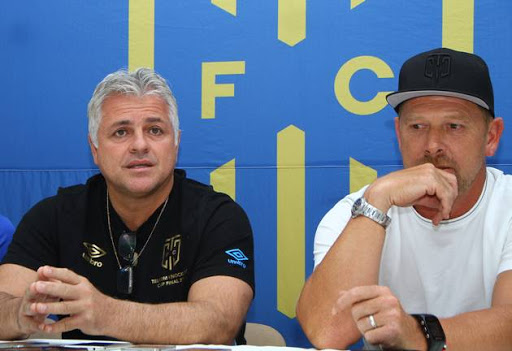 Cape Town City have announced the reappointment of Eric Tinkler as their new coach.

Tinkler has signed a four-year contract but will assume the reins in the ninth-placed side's remaining league matches against Black Leopards and title favourites Mamelodi Sundowns.

“Cape Town City is delighted to confirm the appointment of Eric Tinkler as new first team head coach on a four-year contract.

“The history maker‚ officially returns to the Mother City!” the club said on Monday morning.

City placed Riekerink on “administrative leave” a few weeks ago and then the two parties elected to part ways at the end of the period at the weekend.

Tinkler will be familiar with his surroundings as he coached City during the 2016—2017 season.

The coach recently put his hand up for the Bafana Bafana coaching job after Molefi Ntseki was shown the door in March.

Cape Town City is delighted to confirm the appointment of Eric Tinkler as new first team head coach on a four year contract.

Ntseki was sacked after failing to qualify for next year's Africa Cup of Nations and Tinkler told TimesLIVE at the time he would jump at the chance to coach the national team.

But he also added that he would not hold his breath as he did not expect the South African Football Association to call him.

Another PSL coach gets the boot

Cape Town City have confirmed the departure of coach Jan Olde Riekerink as their head coach‚ citing a string of poor results this season for the ...
Sport
1 year ago