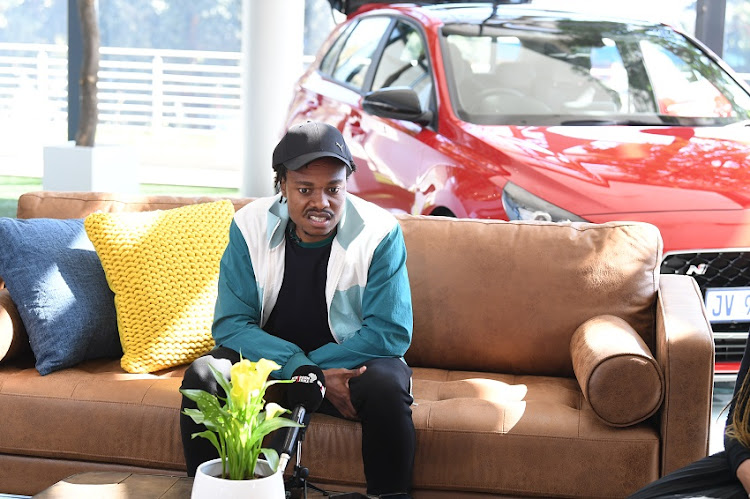 Percy Tau during an interview at Hyundai headquarters in Joburg on May 26 2021.
Image: Lefty Shivambu/Gallo Images

Brighton and Hove Albion attacker Percy Tau has advised SA players to move overseas at a young age and acquaint themselves with the challenges of the highly competitive leagues in Europe earlier in their careers.

Tau was signed in 2018 by then Brighton manager Chris Hughton at the age of 24 from Mamelodi Sundowns‚ but the Bafana Bafana star said he wished his move to Europe had come earlier in his career.

“It would have been great if I left the country at around 21 or 22 years old‚ maybe I could have played in all the leagues and established myself better‚” he said.

“In my opinion‚ go overseas earlier. There are players who get opportunities at the highest level aged 17 and others get those opportunities to play at major leagues or at major tournaments at the age of 21.

“At my age you are expected to deliver and it is very hard because you must score goals‚ provide assists‚ defend or keep clean sheets.”

Bafana Bafana attacker Percy Tau has vowed to fight for a starting place at Brighton and Hove Albion after playing less than he would have liked in ...
Sport
3 weeks ago

Tau did not qualify to play in the English Premier League (EPL) when he arrived in England three years ago, as he had not played enough international matches for Bafana. He was loaned out to Royale Union Saint Gilloise in the Belgian third tier.

His stay in Belgium saw him also play for Club Brugge and RSC Anderlecht in the Jupiler Pro League before he was recalled by Brighton in January. But his move back to England has yielded very little action, as he only made three appearances in the league in the recently ended season.

“Here at home it does not happen often where you find a 21 or even a 23-year-old player [with the experience of playing] at the Africa Cup of Nations (Afcon)‚" he continued.

“If I am not mistaken‚ it is [only Mamelodi Sundowns midfielder] Rivaldo Coetzee [who played] at a major tournament at an early age for Bafana Bafana in recent years.

“Playing at these big leagues and tournaments helps you grow as a player and learn to handle pressure from a young age. When you play in those big matches at an early age‚ you gain valuable experience and belief in yourself.

“If you want our players to get better‚ and I am not saying that they are not getting better here in South Africa‚ get them to better leagues because you can’t just compare European and South African football.

“You can’t compare those factors because they play a huge role in the players who play for big clubs and in big tournaments. We should have our youngsters going overseas‚ and going at a much younger age because they get used to the environment much earlier. They get an opportunity to learn.”

Bafana Bafana and Brighton & Hove Albion star Percy Tau has said whet might be perceived as at times over-the-top support from South Africans on ...
Sport
2 months ago

Tau said he was greatly influenced by the impact that compatriots like Lucas Radebe‚ Aaron Mokoena‚ Steven Pienaar‚ and Benni McCarthy had in the English Premier League.

“Schilo” (Pienaar) was killing it in England and you must understand that he was playing at a high level. The same goes for Benni‚ Mbazo (Mokoena) and Rhoo (Radebe)‚ who is highly respected at Leeds.

“These people were playing at a higher level and that must give you a better idea of how great they were because they were able to stay in Europe for many years. They were not bench warmers like myself‚ they were playing.”