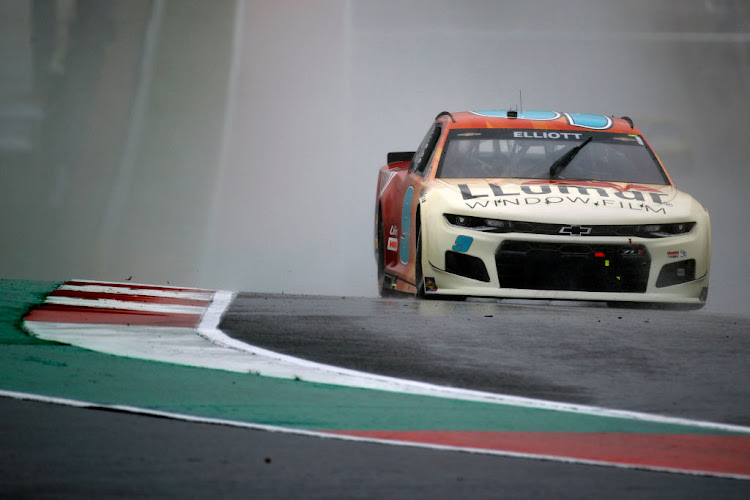 Chase Elliott, driver of the #9 Llumar Chevrolet, drives during the NASCAR Cup Series EchoPark Texas Grand Prix at Circuit of The Americas on May 23, 2021 in Austin, Texas.
Image: GETTY IMAGES/ JARED C. TITON

NASCAR indefinitely suspended Eddie D'Hondt, the spotter for the No. 9 Hendrick Motorsports team, on Wednesday after learning more about his arrest in North Carolina earlier this month.

D'Hondt was arrested on May 12 in Hickory, N.C., on charges of battery of an unborn child and assault on a female, per the NASCAR website.

NASCAR rules state that being charged with “significant criminal violations” is grounds for suspension.

NASCAR will continue to encourage its drivers to get Covid-19 vaccinations through those who have already had their shots, but making it mandatory ...
Sport
1 month ago

“We became aware of the situation this morning and have immediately and indefinitely suspended Mr D'Hondt's role with our company,” a team statement said. “We are taking this matter very seriously and will continue to seek additional information about the alleged incident.”

Hendrick Motorsports hasn't named a substitute spotter for the No. 9 team, which will race in the Coca-Cola 600 at Charlotte Motor Speedway this weekend.

D'Hondt has worked with Elliott since 2016. He also is a spotter in the Xfinity Series for the JR Motorsports No. 7 team and driver Justin Allgaier, as well as for driver Austin Hill and the Hattori Racing Enterprises No. 16 team in the Camping World Truck Series.

He previously was a Cup Series spotter for Jeff Gordon and Kyle Busch.