Another year, same question — Can anyone stop Nadal? 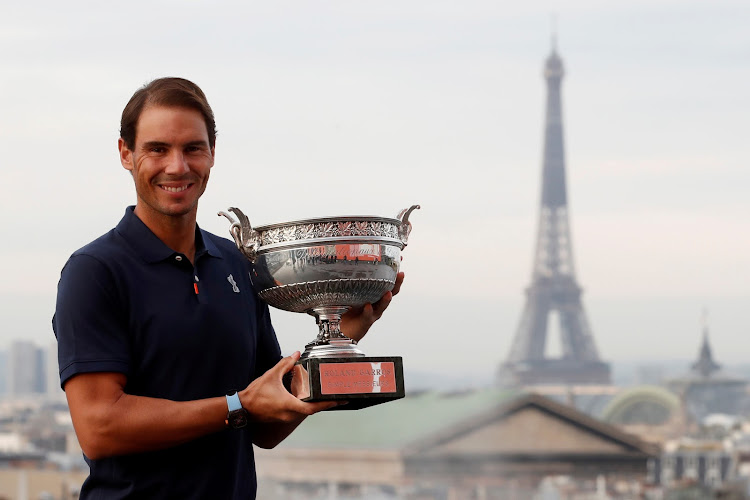 Unbelievably, 13-time French Open champion Rafa Nadal is only third seed for this year’s Roland Garros fortnight, below Daniil Medvedev who has never won a match on the Parisian clay.

The Spaniard has also been lumped in the same side of the men’s draw as his great rivals, world number one Novak Djokovic and the returning Roger Federer.

He also turns 35 next week.

Yet, it would still be a huge surprise if Nadal were not the last man standing when the tournament concludes on June 13.

With each passing year questions are inevitably asked about whether Nadal’s vice-like hold on the French Open will be loosened. Each time, the answer has been an emphatic NO.

While fans and pundits continue to debate who should be considered the greatest men's tennis player of all time, 23-times Grand Slam winner Serena ...
Sport
1 month ago

And after his sweep to a 10th Rome Masters title earlier this month, the 88th ATP title of his career, few will be holding their breath waiting for Nadal’s downfall.

If the Mallorcan needed any extra motivation he knows that lifting the Coupe des Mousquetaires once again next month will see him move ahead of Roger Federer at the top of the all-time list of men’s Grand Slam champions, with 21.

Nadal did show some vulnerability when he lost to Andrey Rublev and Alexander Zverev in Monte Carlo and Madrid respectively, but his commanding win over Djokovic in the Rome final sent out a powerful statement.

Tennis great Roger Federer has called on Olympics organisers to end the uncertainty around the Tokyo Games, with the 20-times Grand Slam winner ...
Sport
1 month ago

“Rome was crucial to him,” two-time French Open runner-up Alex Corretja told Reuters in the build-up. “It was a reminder that he is the best on clay ever and the fact that he beat Novak in the final is something that gives him so much confidence.” Djokovic, whose hope of winning a second French title were destroyed by a ruthless Nadal in last year’s final, could lock horns with his clay court nemesis in the semifinal this time.

The Serb could also face 39-year-old Federer in the quarterfinals, though with the Swiss having lost his only match on clay this year, his expectations are perhaps as low as they have ever been ahead of a Grand Slam.

“I think for Roger to reach the quarterfinals would be an unbelievable result,” Corretja said. “It’s Roger, so you can never count him out, but I think if he reaches the second week it would be an amazing result.

“He played in Geneva and couldn’t find his rhythm. I don’t think he is thinking he can win it, he’s just going day by day and to be in his best condition for when the grasscourts start.”

Andy Murray was not surprised that Novak Djokovic won his ninth Australian Open crown on Sunday and said that the 'young guns' on the men's tour have ...
Sport
3 months ago

Austrian Dominic Thiem, the fourth seed who has twice fallen to Nadal in the French Open final, will be favourite to come through in the bottom half of the draw though his form has been patchy in the run-up.

Russian Medvedev, despite being seeded two as per his world ranking, will be happy just to win a match having failed to do so in his previous four main draw appearances at Roland Garros.

All-court player Tsitsipas, seeded five, arrives in the French capital on the back of clay court titles in Monte Carlo and Lyon while Zverev beat both Nadal and Thiem on his way to winning the title in Madrid.

Away from the obvious contenders, youngster Jannik Sinner, together with Matteo Berrettini and Fabio Fognini, head a strong-looking Italian challenge.