It’s not me vs Guardiola, insists Chelsea’s Tuchel 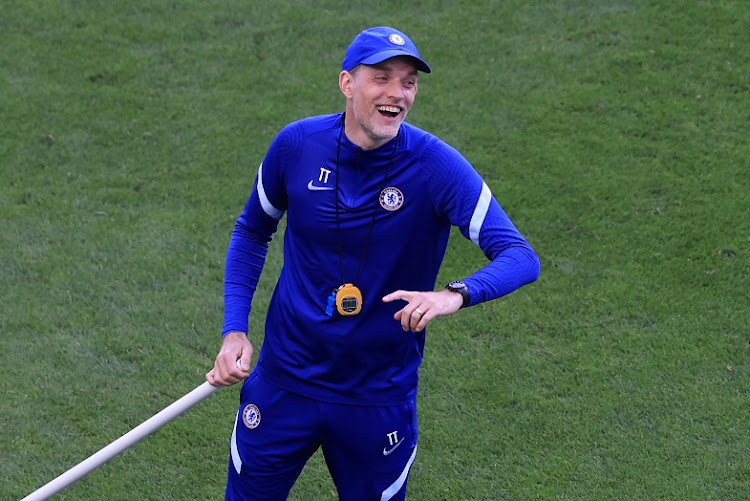 Chelsea manager Thomas Tuchel during a training session ahead of the Uefa Champions League final against Manchester City at Estadio do Dragao in Porto, Portugal on May 28, 2021.
Image: GETTY IMAGES/ MARC ATKINS

Two of the finest tacticians of the modern game will go head to head in the Champions League final on Saturday but Chelsea manager Thomas Tuchel said it was wrong to view the match as a clash between himself and Manchester City boss Pep Guardiola.

Tuchel is seeking his first Champions League title, after losing out to Bayern Munich with Paris Saint Germain in last season’s final, while Guardiola is looking to add to the two titles he won as coach of Barcelona in 2009 and 2011.

“I will never suggest that it’s me against Pep, We don’t have a match of tennis tomorrow. Pep will prepare his team and I will prepare mine in the best way possible,” Tuchel told a pre-match news conference on Friday.

Chelsea have beaten City twice since Tuchel took charge of the London club in January, winning in the FA Cup semifinal and then in the Premier League at the Etihad Stadium.

After a season in which Europe's traditional powerhouses stumbled, Saturday's Champions League final between Manchester City and Chelsea is a ...
Sport
2 weeks ago

But Tuchel is under no illusions about the size of the task facing his team against the Premier League champions in Porto.

“We have had two experiences in two different competitions against City. Two different matches with two different line-ups. We have the experience of how brave and courageous we need to play in certain areas of the game,” he said.

“It’s always tough to play against City, Bayern or Barcelona when Pep is on the sideline. He creates huge belief and success and has a huge winning mentality,” Tuchel said of Guardiola who was in charge at Bayern before joining City in 2016.

“Maybe in the moment they (City) are the strongest team in Europe, in the world, and they have built a huge gap between us in the league but we closed the gap for 90 minutes at Wembley and closed the gap again in Manchester,” he said.

Tuchel added that he had no injury problems heading into the game with goalkeeper Edouard Mendy and midfielder N’Golo Kante training with the squad.

“The team news is the best news ever, we have a full squad,” he said. “We have no injuries and I hope it stays like that until after we finish today’s training session.”