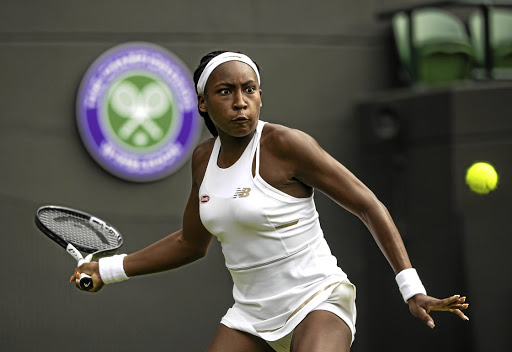 Coco Gauff made history by winning her first WTA title at the age of 15.
Image: TPN/Getty Images

Venus Williams and Coco Gauff, 23 years apart in age, fell at the first hurdle of the French Open women's doubles on Wednesday when they lost 7-6(5) 4-6 3-6 to 13th seeds Ellen Perez and Zheng Saisai.

Gauff has been in the spotlight ever since her astounding run to the fourth round as a 15-year-old at Wimbledon in 2019, when she knocked out Williams, her idol and a seven-time major winner, in her opening match.

She also beat fellow American Williams at last year's Australian Open on her way to the fourth round in Melbourne.

On Wednesday, Williams, 40, and Gauff, now 17, took the opening set in the tiebreaker amid big cheers from the crowd but went down in the next two in a match that lasted two hours and 11 minutes.

Williams has won 14 Grand Slam doubles titles, all with her younger sister Serena, who is chasing a record-equalling 24th Grand Slam singles title in Paris.

Gauff, whose regular doubles partner Caty McNally suffered an injury, has won three doubles titles in her career in addition to her two singles crowns.

Organisers have introduced night matches under the Philippe Chatrier Court lights this year to provide some late drama for the fans but the match was ...
Sport
1 year ago