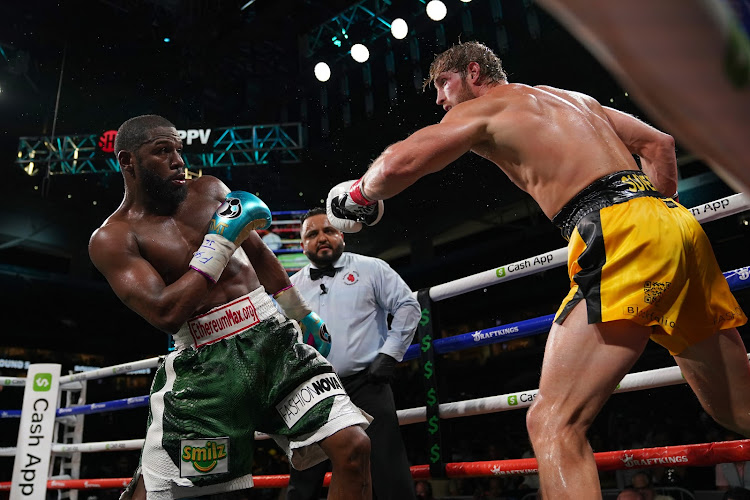 YouTube personality Logan Paul produced a Rocky-style performance going the distance against unbeaten (50-0) five-division champion Floyd Mayweather in an exhibition boxing bout on Sunday that did not have a winner.

With no judges ringside the bout did not count on either fighter's record but if there was a winner on a rainy night at Miami's Hard Rock stadium it would have to have been Paul who, with a record of 0-1, managed to survive eight rounds against a boxer regarded as one of the greatest of all-time.

Despite giving up 35 pounds (16kg), six inches (15.2cm) and 18-years, Mayweather provided Paul with a boxing lesson but could not deliver the knockout many had expected to see.

Floyd Mayweather will give up nearly 35 pounds (16 kg) to YouTube personality Logan Paul when they step into the ring for their exhibition fight at ...
Sport
4 months ago

Instead Paul showed he could take a punch-absorbing punishment, particularly in the middle rounds, as the 44-year-old Mayweather went on the attack.

Mayweather later admitted that he had underestimated Paul whose only other fight was a loss to another YouTube personality.

“You got to realise I'm not 21 anymore but it's good to move around with these young guys, test my skills just to have some fun," said Mayweather.

“A great young fighter, strong, tough he's better than I thought he was.

“Tonight was a fun night."

And another profitable evening for the boxer known as “Money" who had said he expects to pocket more than $50 million from the exhibition.

Paul will also make a nice payday and no doubt have delighted his 20 million plus YouTube followers in the process.

“I don't want anyone to tell anything is impossible ever again," said Paul.

“The fact I am in here with one of the greatest boxers of all-time proves that the odds can be beaten.

“Everyone has it in them and everyone can beat the odds and do great things in life.

“It's one of the greatest moments in my life.

“I'm going to go home thinking if he let me survive. It was the coolest thing ever."