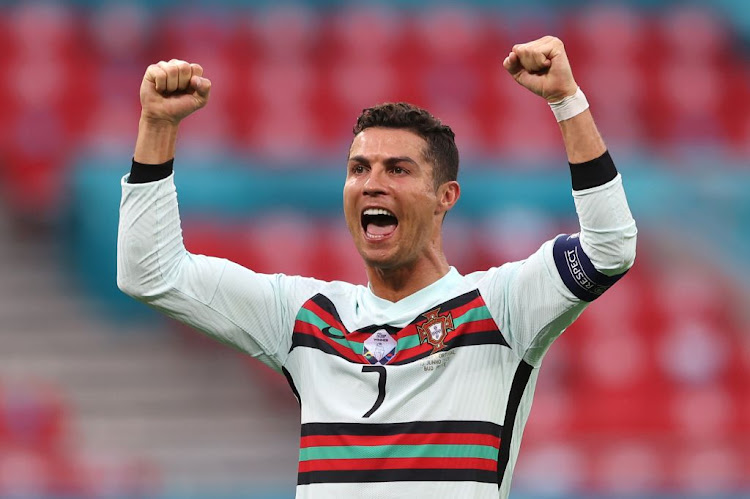 Cristiano Ronaldo struck a late double to help holders Portugal get off to a winning start with a 3-0 victory over Hungary in front of a 67,000 crowd on Tuesday as the forward became the all-time leading scorer at European Championship finals.

Hungary rode a wave of early pressure from Portugal in the Group F clash but had a goal ruled out for offside shortly before Portugal’s Raphael Guerreiro broke the deadlock at the other end with a deflected effort in the 84th minute.

Captain Ronaldo sealed the win by lashing home from the penalty spot in the 87th to move ahead of Michel Platini as the all-time top scorer at the finals on 10 goals, which he quickly turned into 11 by dribbling the ball into the net in added time.

The two sides had drawn 3-3 in one of the best games of Euro 2016 and although there were fewer goals this time around the match was no less compelling as the vociferous locals filled the Puskas Arena to capacity.

Cristiano Ronaldo hailed Pele after he surpassed the Brazilian great's goal-scoring haul in official matches by netting a hat-trick in Juventus' 3-1 ...
Sport
1 year ago

The action on the pitch mirrored the fervour in the stands as Portugal played with real intensity, playing a direct game and hitting their front three with quick, long passes.

Diogo Jota had the first clear sight of goal when he thumped a shot which was parried by keeper Peter Gulacsi, incurring the wrath of a furious Ronaldo who was in a better place to shoot.

Ronaldo was left only blaming himself late in the first half though when he uncharacteristically missed the target from close range after an incisive cross from Bruno Fernandes.

Striker Adam Szalai was their danger man, heading a free kick into the arms of Rui Patricio shortly before halftime then testing the keeper again early in the second half with an attempt from outside the box.

Patrik Schick scored one of the most remarkable goals in European Championship history as the Czech Republic beat Scotland 2-0 on Monday to get their ...
Sport
1 year ago

Portugal’s veteran defender Pepe nearly scored at the start of the second half, his header from a Fernandes corner tipped away by the ever-alert Gulacsi, who later turned away a strike from Fernandes.

Hungary substitute Szabolcs Schon set the stadium alight in the 80th minute when his shot squirmed past Patricio but the linesman’s flag was quickly raised to puncture the celebrations.

Guerreiro soon brought the hosts more pain as his scuffed shot trickled into the far bottom corner off the foot of Hungary defender Willi Orban, who moments later fouled Rafa Silva to allow Ronaldo to compensate for his earlier miss and score from the spot.

Ronaldo then combined with Silva to calmly dance past Gulacsi and round off a day of records after becoming the only player to feature in five European Championships and to play the most games in the tournament.