Hamilton takes to simulator after Red Bull run of success 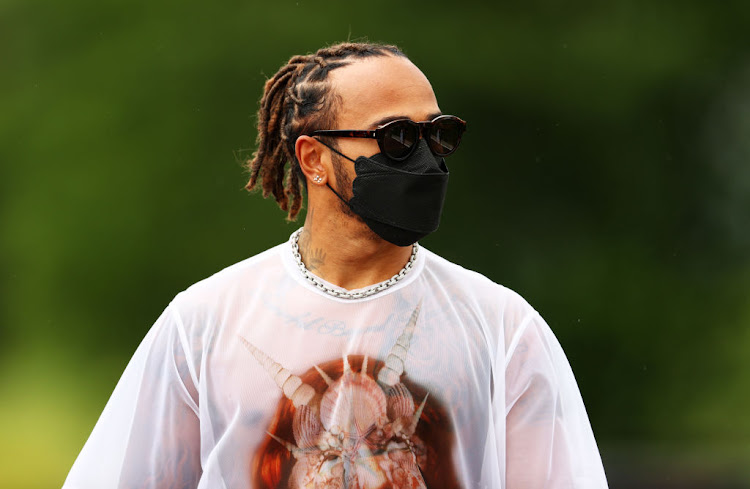 Lewis Hamilton during previews ahead of the F1 Grand Prix of Austria at Red Bull Ring on July 1 2021 in Spielberg, Austria.
Image: Clive Rose/Getty Images

Seven-times Formula One world champion Lewis Hamilton is putting in the laps on the Mercedes simulator, something he has steered well clear of in the past, as he seeks anything that might make his car go faster.

The 36-year-old Briton, 18 points behind Red Bull's Max Verstappen after eight races, told reporters at the Austrian Grand Prix on Thursday he was staying positive.

"I don’t really find myself being concerned as such," he said of the title battle.

"We're all pushing as hard as we can. Of course we'd love to have more pace at the moment to be able to really challenge, not only in qualifying but in the race.

"They’re continuing to take steps forwards but I can’t get tied up and get into that negative bubble of worrying. I'm trying to put all the energy into making sure I'm best prepared."

Head of trackside engineering Andrew Shovlin revealed at last weekend's Styrian Grand Prix, won by Verstappen and held at the same Red Bull Ring, that Hamilton had been doing a lot of work in the simulator.

Formula One championship leader Max Verstappen put on a blinding display in Saturday’s qualifying to seize pole position for the French Grand Prix ...
Sport
4 months ago

The driver posted another picture of it on social media on Wednesday.

That marks quite a departure for the Briton who said at the Spanish Grand Prix in May, after taking his 100th career pole position, that he did about 20 laps a year in the simulator.

"I can’t say that I’m necessarily enjoying it," Hamilton said.

"Particularly after those few difficult races we had, I went in to try and see if there’s any way I could try and help the team be better prepared.

"I think there’s been a few good things from it, but not life changing," added the champion, who won three races before Red Bull secured four wins in a row with Verstappen and Mexican Sergio Perez.

That was a first for the V6 turbo hybrid era that Mercedes, now 40 points behind Red Bull in the constructors' standings, have dominated.

"I’ll continue to work with them, working on the processes of how we communicate with them (the test drivers) on their programme, so we’re getting the right things tested," said Hamilton.

"I think overall it's been positive."

Mercedes team boss Toto Wolff said last Sunday  the champions were focusing on designing next year's car, with big rule changes coming, and had stopped development of the 2021 version.

Technical head James Allison clarified that by saying there were upgrades still in the pipeline. Hamilton said he had known about those when he said after Sunday's race that some sort of an upgrade was needed.