Vettel a mentor for his hero Schumacher’s son Mick 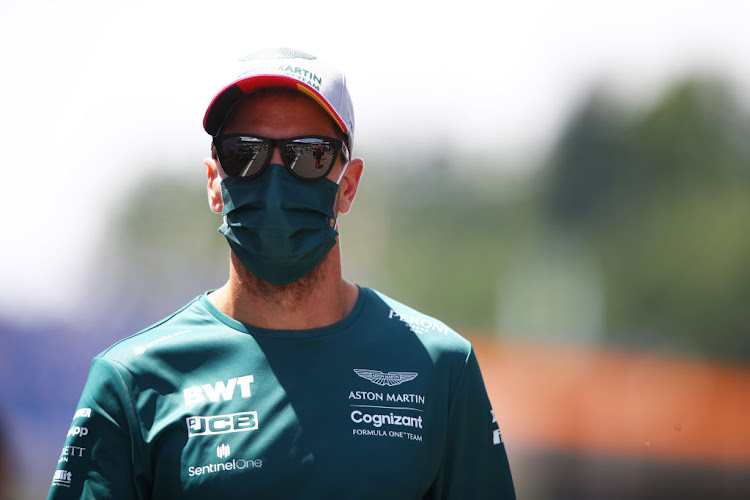 Sebastian Vettel in the drivers parade ahead of the F1 Grand Prix of Styria at Red Bull Ring on June 27 2021 in Spielberg, Austria.
Image: Mark Thompson/Getty Images

Michael Schumacher was Sebastian Vettel’s boyhood hero, and the younger German is providing guidance and a point of reference for the Formula One great’s son Mick.

Schumacher senior, who won five of his seven titles with Ferrari, has not appeared in public since he suffered severe head injuries in a skiing accident in the French Alps in December 2013.

Mick, 22, has graduated to Formula One this season with Ferrari-powered Haas after winning last year’s Formula Two title.

“I am obviously friends with his father and his father is my hero,” the Aston Martin driver said ahead of Sunday’s Austrian Grand Prix.

“We get along really well and I’m happy to help with stuff that maybe I can help with. In the driving sense it’s always difficult, every car is different and every environment is different.”

Mick Schumacher has been getting some tips from Kimi Räikkönen, the man who took over from father Michael at Ferrari, as he prepares for his Formula ...
Sport
1 year ago

An example was seen at the French Grand Prix in June when Schumacher was filmed showing Vettel the inside of his car’s cockpit.

It turned out the youngster was pointing out his seat position, explaining later that he had been sitting crooked all season.

“He’s a huge help for me in all ways, anything on and off the track,” he said.

“I’m happy  I can go back to somebody who has so much experience and is also so likeable. Very happy he’s around.”

Haas team principal Guenther Steiner said he had no problem with a rival team’s driver helping his own.

“I think it’s a great thing," he said on Friday.

“For Mick it's an advantage. Vettel is in the sport for a long time and he feels attached to Mick and tries to help him as much as he can. I don’t see any issue with it.”

Schumacher has been ahead of Russian rookie team mate Nikita Mazepin, whose father’s company is the team’s title sponsor, in qualifying and in most races this season. Haas have yet to score a point in eight rounds.

“I think he knows what to do behind the wheel,” said Vettel of Schumacher.

“He’s doing really well. I think it’s not easy to come into your first year. It’s a difficult situation for him.

“He seems to be lifting the whole team. I think off track he’s probably even more impressive. He’s putting a lot of work in and he enjoys it.”